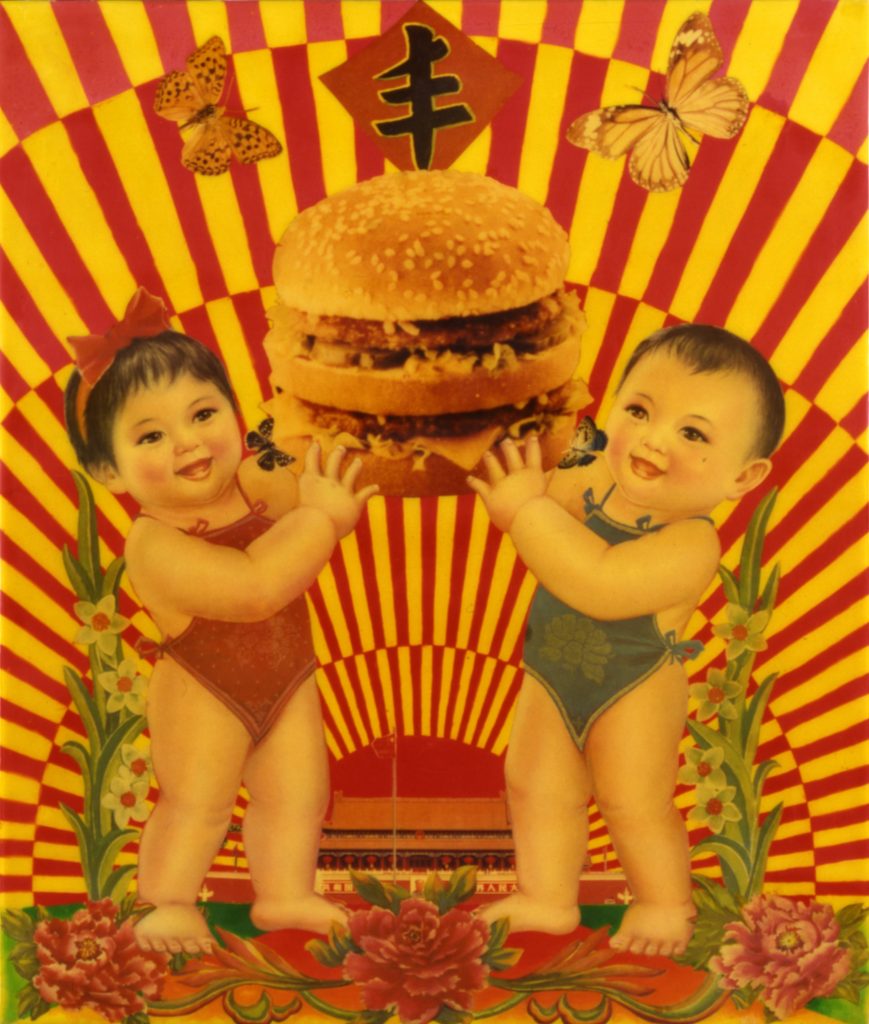 Chinese traditional New Year pictures are used to decorate walls and doors of rooms during the New Year season, and these images of good-luck subjects pasted to the walls are prayers for peace and prosperity in the household in the New Year. The images depicted are popular, bright and gaudy, reflecting aesthetic tastes common to the Chinese people. With the onset of the Cultural Revolution, these prints turned into a forum for political propaganda and they tenaciously survived in this unexpected form. The Luo brothers succeeded their father's lacquerware technique. While they create lacquer paintings in the traditional, divided labor process, their realm of expression is extremely modern in taste. Here they have borrowed the traditional format and auspicious symbols of new year pictures and added a collage of items from the onslaught of consumerist products rapidly flooding into China in the 1990s – from Coca Cola to McDonalds, Sony products and cell phones – to create a newstyle 'New Year picture' filled with a festive mood. The title for this image is taken from one of the slogans the artists saw in their hometown in their childhood. (UM)