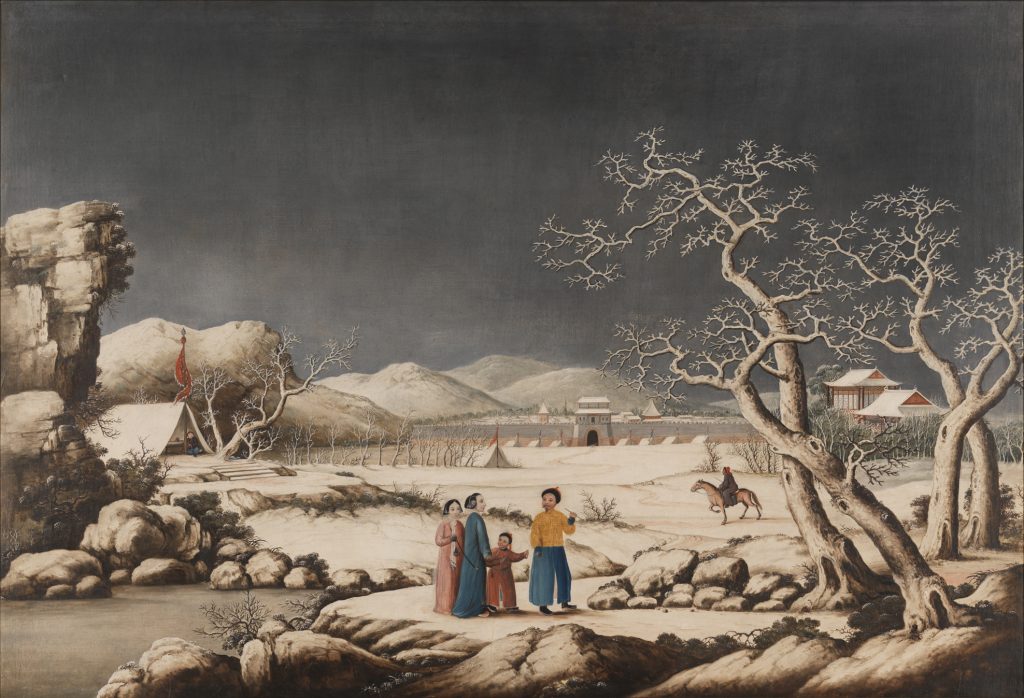 Paintings known in English as 'China Trade Paintings' were made for export to the West during the late Qing dynasty. Travelers from the West who visited China during the late Qing dynasty sought painted mementos of the strange scenes and customs they experienced in this foreign and exotic land. As the demand for such images grew, Chinese painters set up workshops in Guangzhou and Hong Kong to produce paintings aimed at the foreign tastes for exoticism and shaped with Western spatial expressive forms. This painting of a winter scene, never seen in the semitropical regions of Guangzhou and Hong Kong, appears to have been created from a convergence of the painter's imagination, visual records of China already in circulation in China and abroad and an image of China based on the expectations and assumptions of Western travelers. The overall image derives from European perspectival methods, and yet the rocks, trees and other elements are clearly painted in traditional Chinese painting depictive methods. This juxtaposition of traditions gives the image an eerie, strangely disjointed space, one fresh and richly fascinating. (UM, HL)