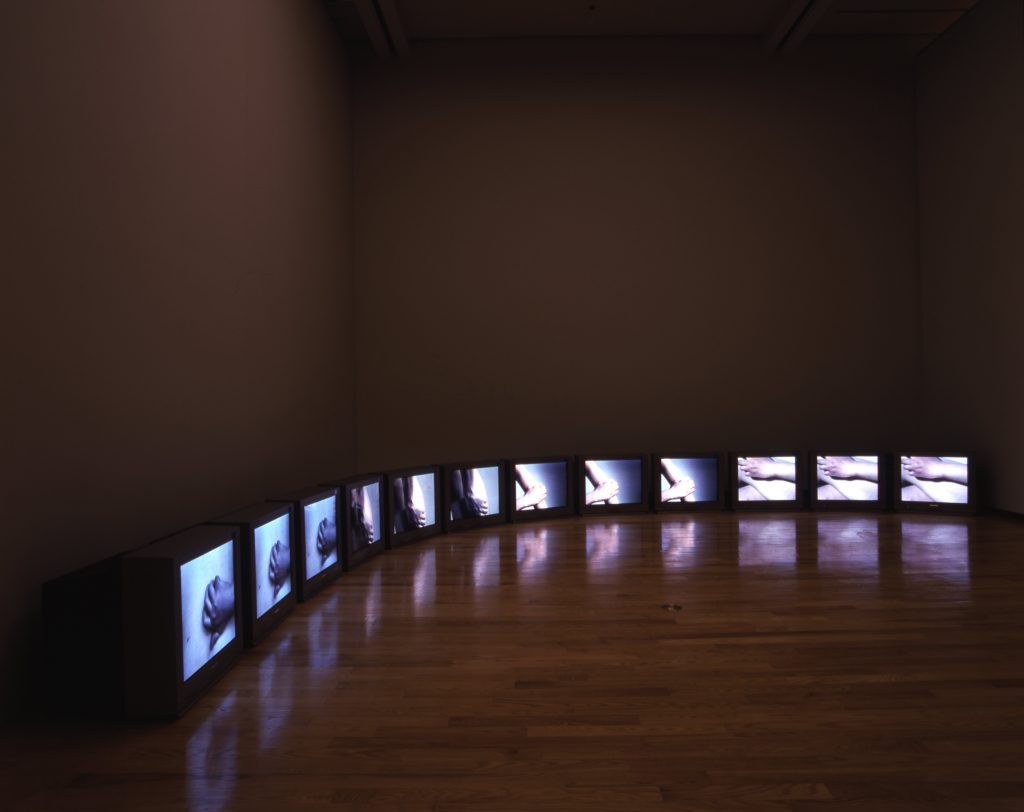 Twelve 29-inch television monitors display this video-format work. Four different scenes are shown on three monitors apiece, each repeating images of the act of scratching, whether scratching a shoulder, arm, hips, or foot. This abnormal human act, never letting up even when the skin turns red and angry, is both a form of self-imposed 'soft torture,' and at some point, this torture turns into a form of 'pleasure.' Zhang began to create video art at the beginning of the 1990s. His works speak of the psychological pressure he has felt in Chinese society, the claustrophobic sense of society's global homogenization, and the sheer human nature which becomes hardened to the habitual. Fukuoka Asian Art Museum houses two of his major works, "Undefined Pleasure" and also "Document on Hygiene: No. 3" with its image of a chicken being washed over and over again in a washbasin. (RT)