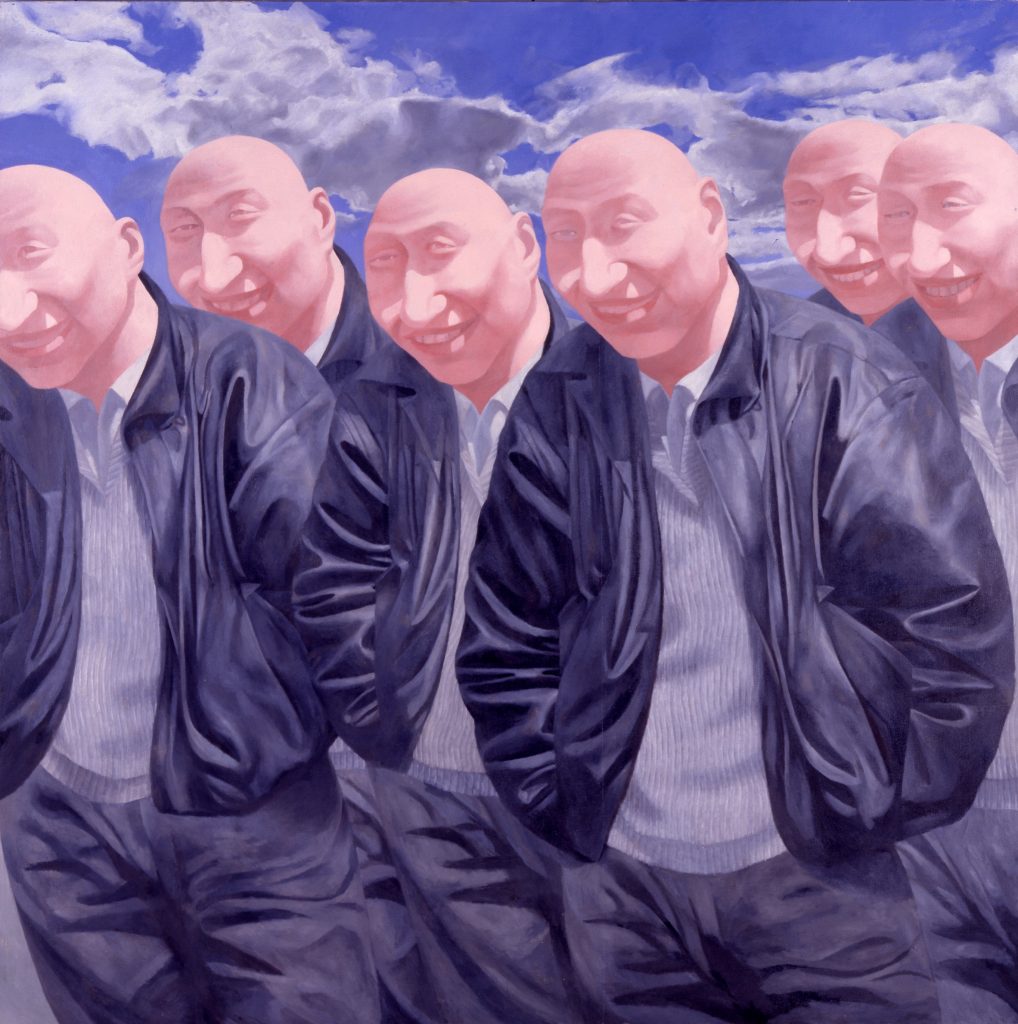 During the early 1990s, in the aftermath of the June 4, 1989, Tiananmen Square Incident, young artists in China were seized by a vague sense of despair about their lack of freedom of expression, the conundrums of the social structure, and by their unease about their futures as artists. A newly fledged painter during this period, Fang became an artist who expresses a keen awareness of his own position and society's mood. Around 1990 Fang began using his own 'skinhead' image as the model for a series of oil paintings. Here men are shown with an uncannily warped face and a fearless grin. He repeats multiple images of this same man within one canvas. These numerous warped faces can be interpreted as an expression of the weird qualities of a society which seeks to strip people of their individuality. 'Cynical Realism' is the name coined for this askew manner of expressing the world around us, and it has been the main stream in Chinese contemporary art since 1989. Fang is one of the leading figures of this movement. (RT)