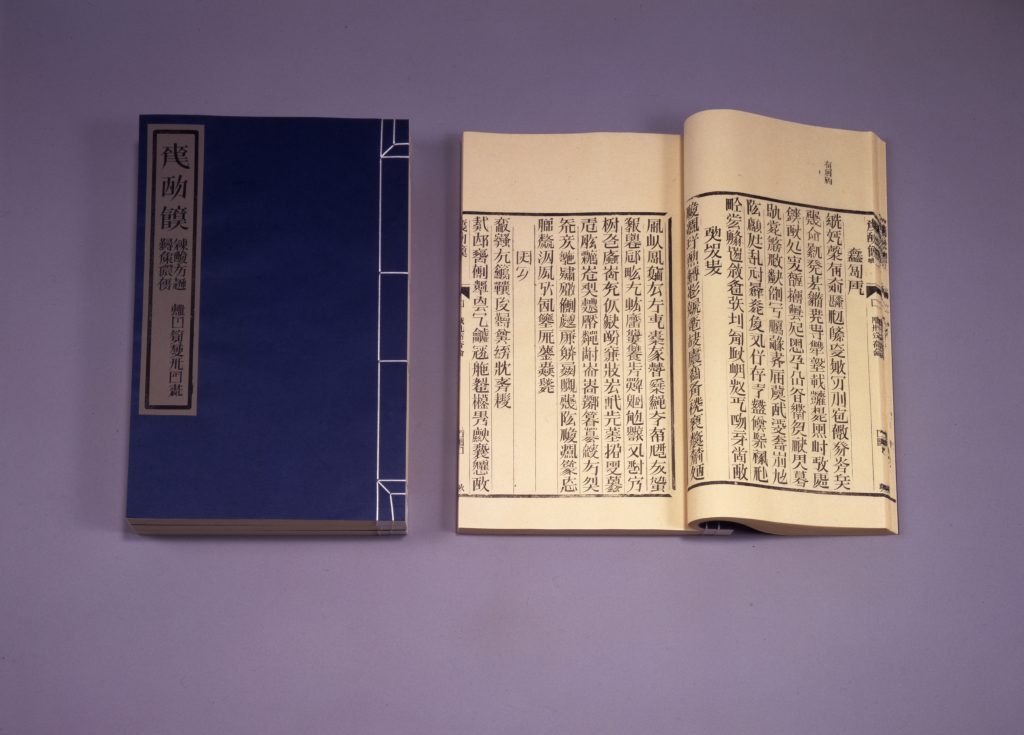 A Book from the Sky is the piece that made the artist famous. It was shown as an installation at the National Art Museum of China in 1989, covering the entirety of a large hall together with a piece in the form of a scroll entitled "An Analysed Reflection of the World." At that time, this kind of expression was daring and new, but most startling of all were the meaningless Chinese characters (kanji). At first they appear to be real characters, but in fact, by following a set of invented criteria guiding how constituent parts of kanji are taken apart and rearranged, the artist has reinvented all of them. Carved into woodblocks and printed in the form of traditional books, there are over 4000 characters that took four years of time and effort to produce. Since making this piece the artist continues to be fascinated by letters, working on a fusion of kanji and the alphabet to make new 'letters,' or figurative pieces using hieroglyphs and pictograms. This work could be seen as an attempt to deconstruct Chinese civilization, which invented kanji, and create a culture fitting to contemporary society. (RT)