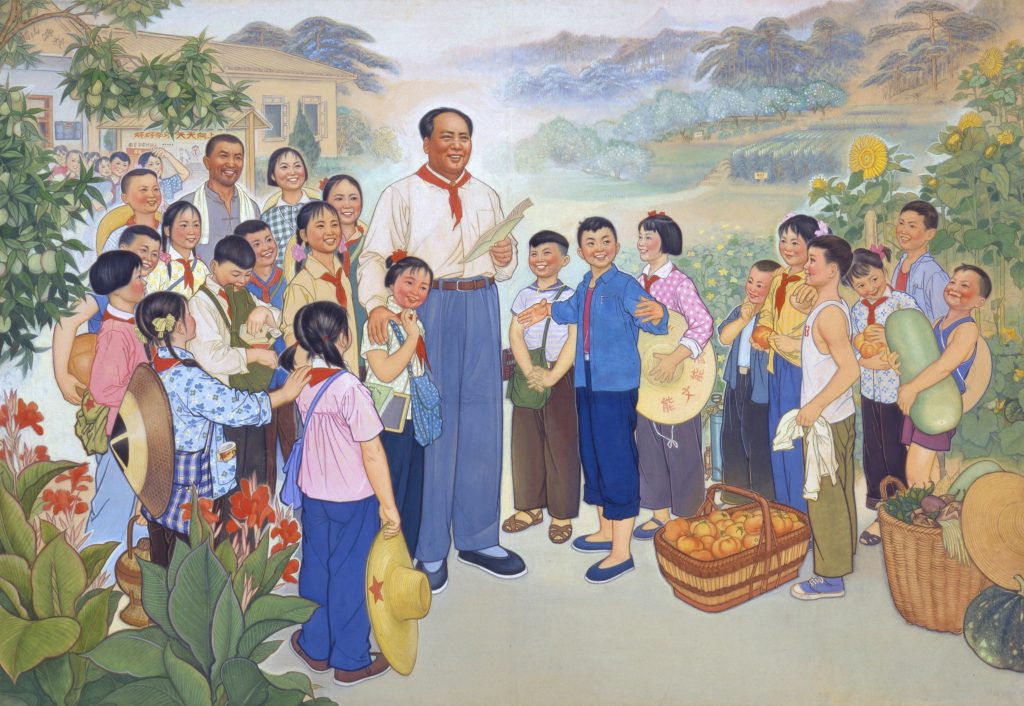 The work dates from when the artist worked for the Shaoshan Mao Zedong Memorial Hall in Shaoshan, Hunan Province. The scene shows Mao Zedong on a return trip to his home town in 1959, and while visiting an elementary school, children report to him on the rich harvest. After the formation of the People's Republic of China a massive amount of printed materials were produced to propagate government policy. A poster based on this work was printed by the Shanghai People's Fine Arts Publishing House and the Hunan Fine Art Publishing House and distributed across the entire country. Against a background of fresh countryside the especially large figure of Mao Zedong is surrounded by friendly children, an image of the leader together with the people as a clear message for the whole country. When this painting was being made, however, the Cultural Revolution was drawing to a close and Mao Zedong rarely went out in public due to old age. Perhaps because of this it could be said that the work depicts an idealist image of Mao and his achievements when younger, such as the Great Leap Forward plan of 1958-60 to increase production in agriculture and industry. (RT)