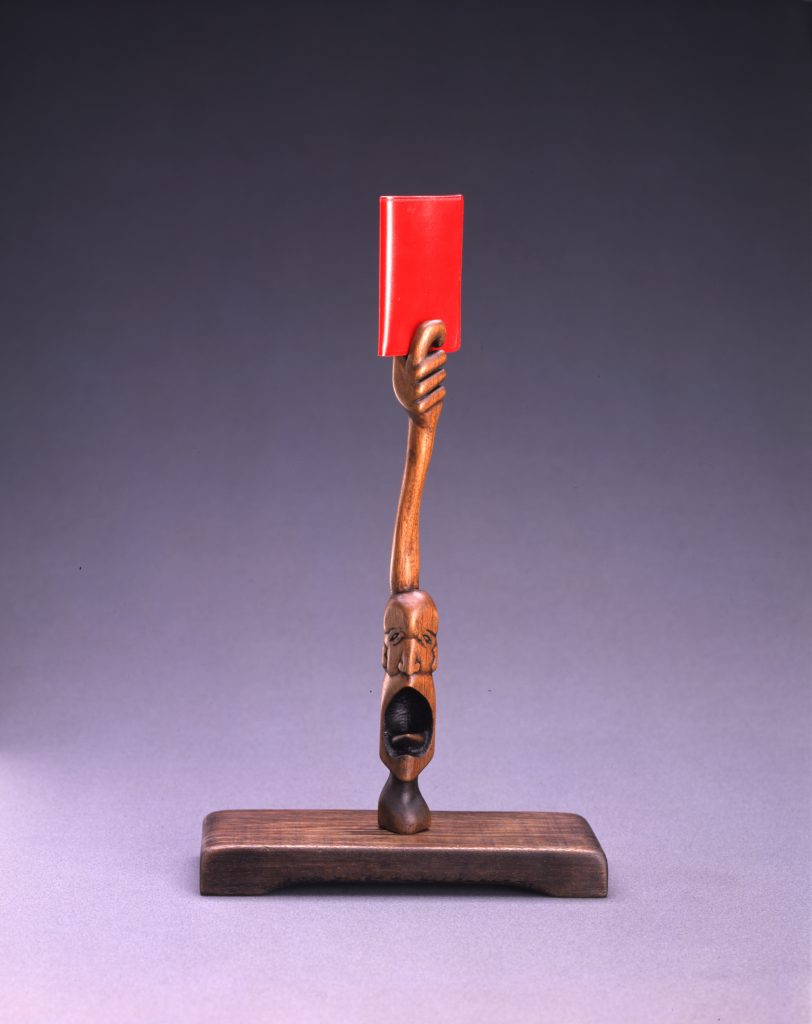 The 'Stars Exhibition (Xing Xing Exhibition)' opened in 1979 and 1980 in Beijing, and despite only opening twice, represents a turning point in Chinese contemporary art. From the production of work that revolved around a single sun, Mao Zedong, following his ideas and policy, a pathway opened up to different styles and subjects as numerous as the stars. Wang Keping, the most anti-establishment member of the Stars Art group that opened the exhibition, produced blown up images from wood carvings that were simple yet caustic satirical observations of society. This piece, carved in wood, shows a Mao Zedong book of quotations being held aloft while a fanatical human figure screams 'Long Live Mao Zedong' giving a taste of that era. The image not only criticizes the system, however, but also contains the self-criticism of the artist who had experience in the Red Army. Having been a part of the event at the time, the piece commemorates the first 'Stars Exhibition' of 1979. (RT)