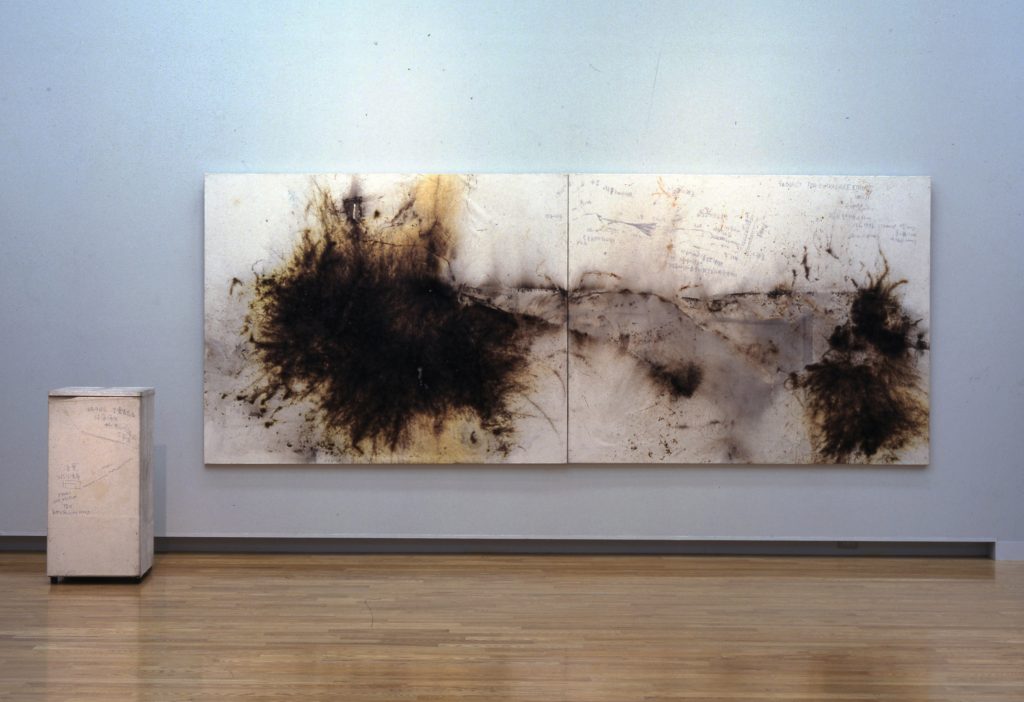 Cai Guoqiang first attracted attention with his outdoor events of gunpowder explosion in his Japan years since 1987. Now based in New York, he has become one of the most highly rated Asian artists in the world. This work was exhibited in 'Exceptional Passage: Chinese Avant-garde Artists Exhibition' held in Fukuoka, 1991. It was made by an explosion of gunpowder on paper mounted on canvas, illustrating the plan for a large outdoor event. In the event, he put a gunpowder line along a fabricated railway and connected it with a kite in the sky. Then he set alight the gunpowder exactly when a real train passed alongside, thus the event ended in the light going up to the sky. He buried a mass of seawater ice underground, in his concept to connect the imagined extraterrestrials and those surviving in the sea since ancient times of the earth. To represent the concept, the refrigerator in this work contains a lump of ice buried in soil taken from the site of the event. (KR)