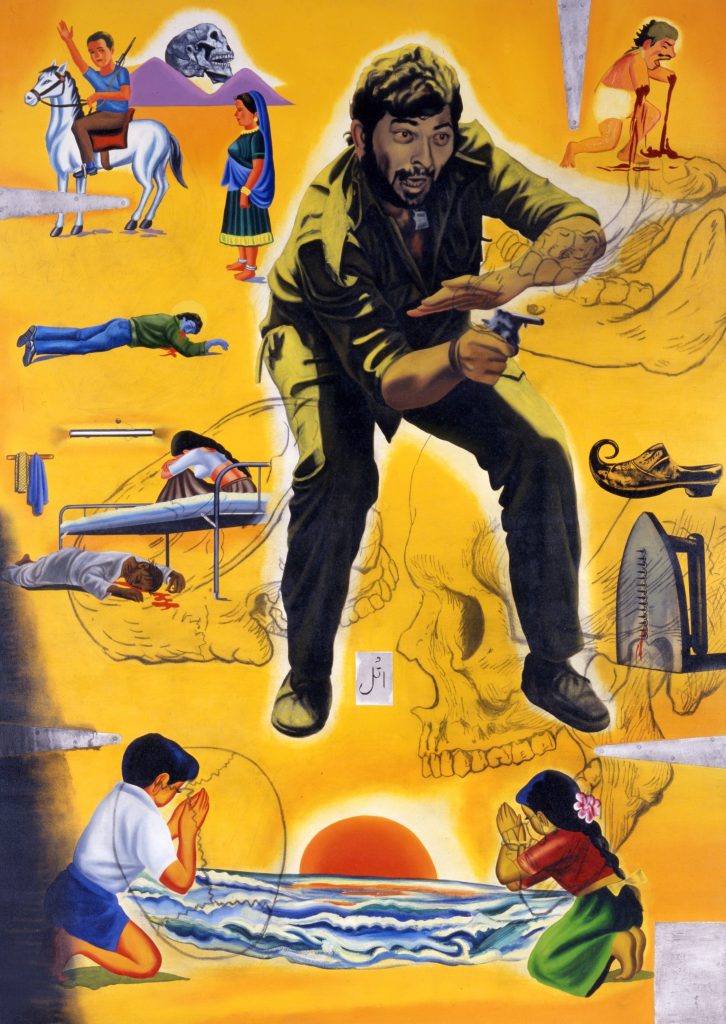 The man holding a gun in the centre of this painting is the villain Gabbar who appears in "Sholay" [Flame], the Indian biggest blockbuster film of 1975. In addition to entertaining dance and music, a variety of Indian film stars appear in it delighting the Indian people with spectacular performances in the fighting scenes between two young courageous wanderers and the robber band led by Gabbar. In this painting, Gabbar is surrounded by metaphorical images of death and extremely violent scenes from the film. The children praying may symbolize an innocent prayer in contrast to the film or the public who blindly praise the film despite its violence. By combining popular and everyday images from films and advertisement, Atul Dodiya highlights different issues in Indian society. "Gabbar on Gamboge (dark mustard color)" overwhelms the viewers with its strong palette, in the same manner as the film billboards all around the great city of Mumbai. (IR)