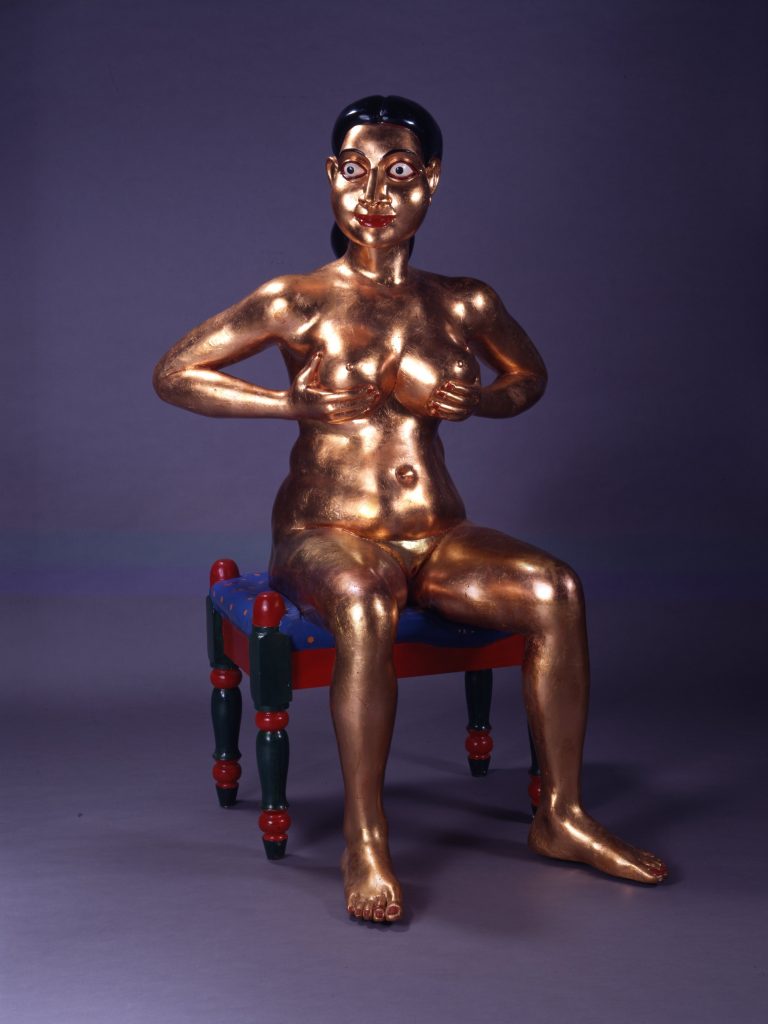 The wide open staring eyes of Reddy's human figures gaze out at people, confounding the viewer. While the gilt skin of this figure is reminiscent of traditional images of gods and deities, the slackened posture, the excessively bright red used on the nails and the edges of the eyes, all catch the viewer's attention, implying a bad taste. Reddy studied sculpture in Vadodara (Baroda), and then like many Indian artists, perfected his techniques during studies in Britain. Returning to India in the latter half of the 1980s, Reddy began to create sculptures of women alone, head studies, and images of loving couples, each the antithesis of refined elegance. While there are elements in his works which can be called conventionally 'Indian' in nature, namely the use of the sacred and the profane, the overall impact of his sculpture is its provocative, defiant nature. In recent years his works have gotten larger, and this oversized quality only further enhances their fascination. This work, with the woman holding both of her breasts in her hands, is provocative, and it also asks the viewer to consider the nature of what is commonly thought of as 'beauty.' (YY)