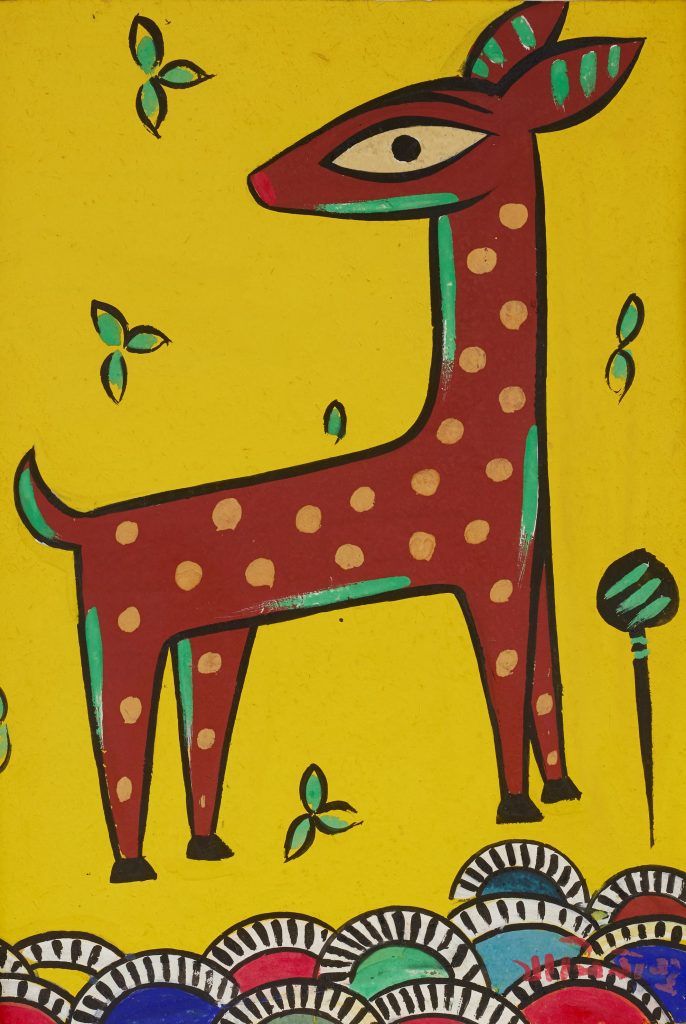 The early 1900s in India saw a growing call for independence, and at the same time, the formation of a group of artists known as the 'Bengal School' who sought to create a uniquely Indian art form. These artists opposed western academicism and conducted all manner of artistic experiments, using elements of European avant-garde art and the techniques of modern Japanese traditional painting. Roy had been trained in western academic painting styles and under the influence of the Bengal School, set out on his own artistic path around 1925. His artistic style was rooted in the folk arts of his native Bengal region. Roy's works draw on the styles, limited palettes, and abbreviated bold touch of the simple folk paintings sold in front of the Kalighat Temple. As seen in "Fawn" − a full expression of his style − Roy's works fascinate with their beguiling freshness and striking sense of design and they made him an extremely popular painter during the 1940s. Roy's stance − his return to the distinctive folk arts of India − has then been continued by a great number of later artists in India. (YY)