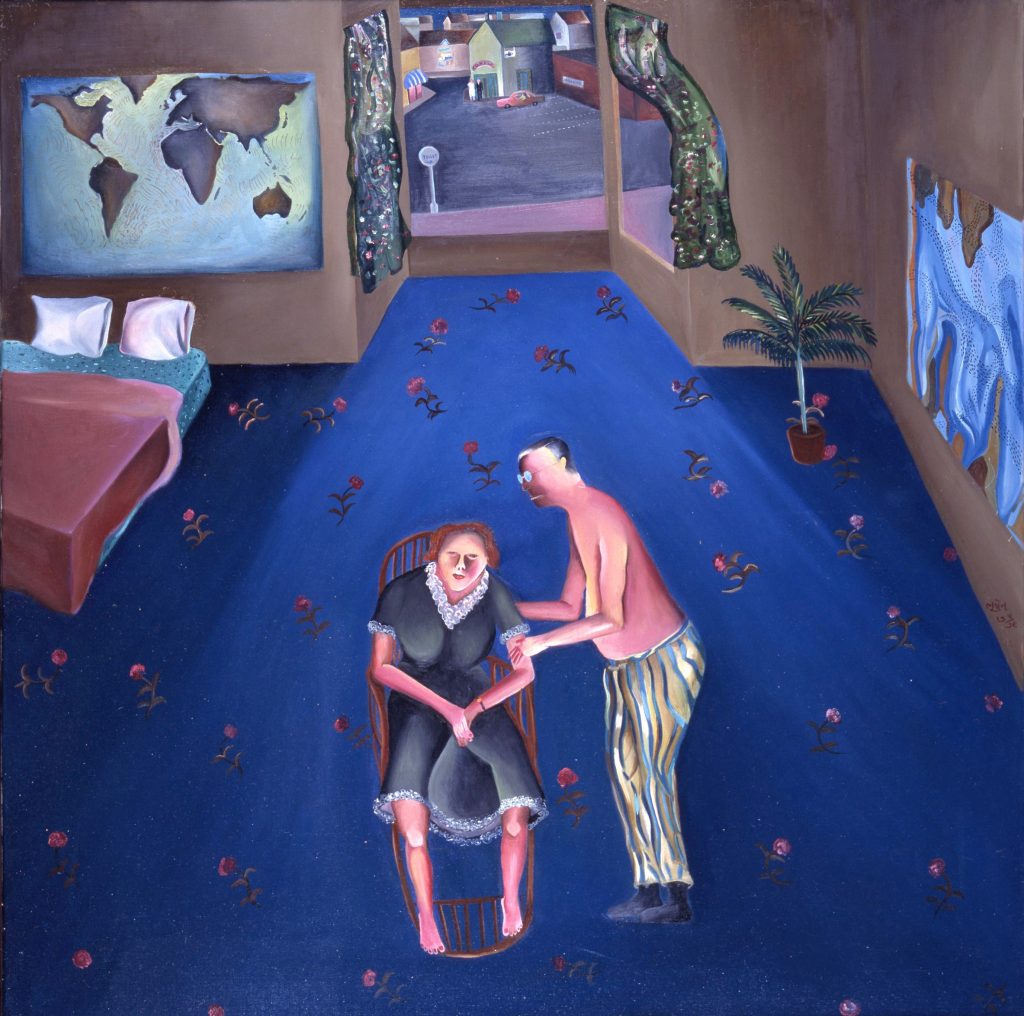 Originally an accountant, Bhupen Khakhar turned his full attention to the study of art at around 30. His work excels at portraying a rich narrative of the daily life of ordinary people. Since the 1980s his homosexuality was also strongly reflected in his work. This piece is the portrayal of a couple within a peculiar space reminiscent of miniature art. But what exactly the story is between them is left unclear, both by the expressions of the man and woman, and the title 'Weatherman.' Some suggestive motif is scattered as if fragments of a narrative, and it is left to the viewer to interpret further. Although an example of work while resident in the UK in the winter of 1979, in its ambiguity that stirs the imagination, it already shows the artist at his best. (NT)