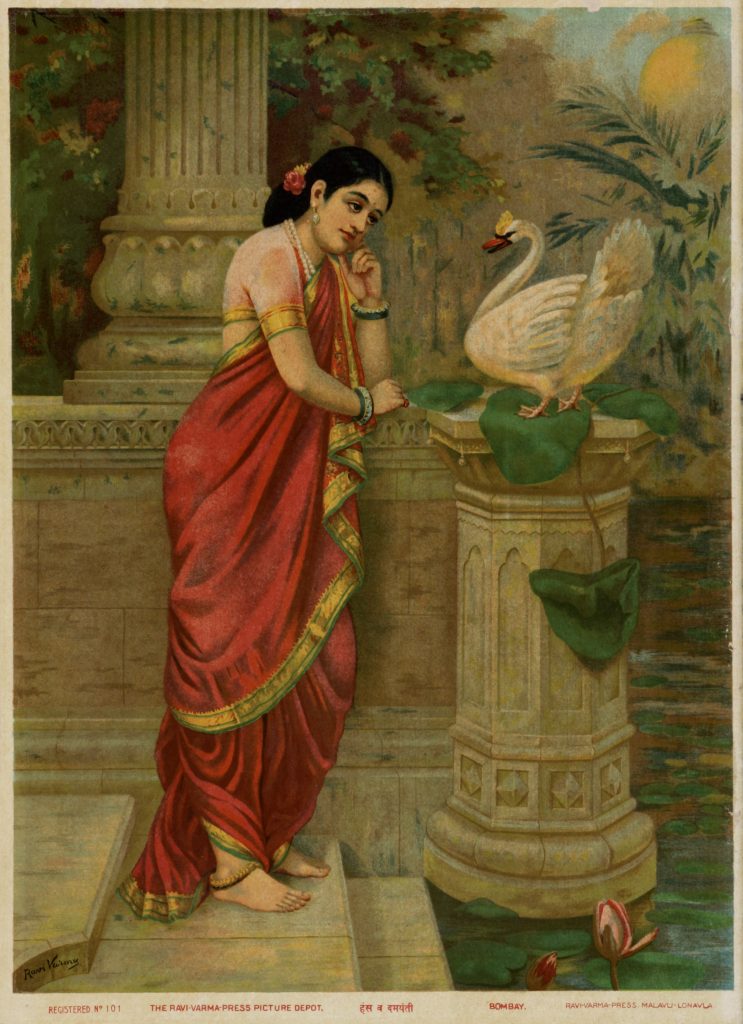 Modernization in the field of politics, economics, arts and culture proceeded in India in the late 19th century with the advancement of British colonization. Raja Ravi Varma is a pioneer of Indian modern art. He painted Indian myths and legends as well as portraits and exotic women using a Western realistic manner. He was held in high esteem in the British led art world and the Indian courts. He founded the Ravi Varma Press in Mumbai with a support of a German technician in 1892 and mass-produced oleographs (a type of lithograph) of various images from oil paintings he made for rajas. He therefore became popular not only among the privileged class but also with the general public. The influence on Indian visual culture is immeasurable. This piece produced in the Ravi Varma Press shows King Nara's wife Damayanti and Hamsa, the bird of love, from the great Indian epic "Mahabarata," based on Varma's oil painting. (NT)