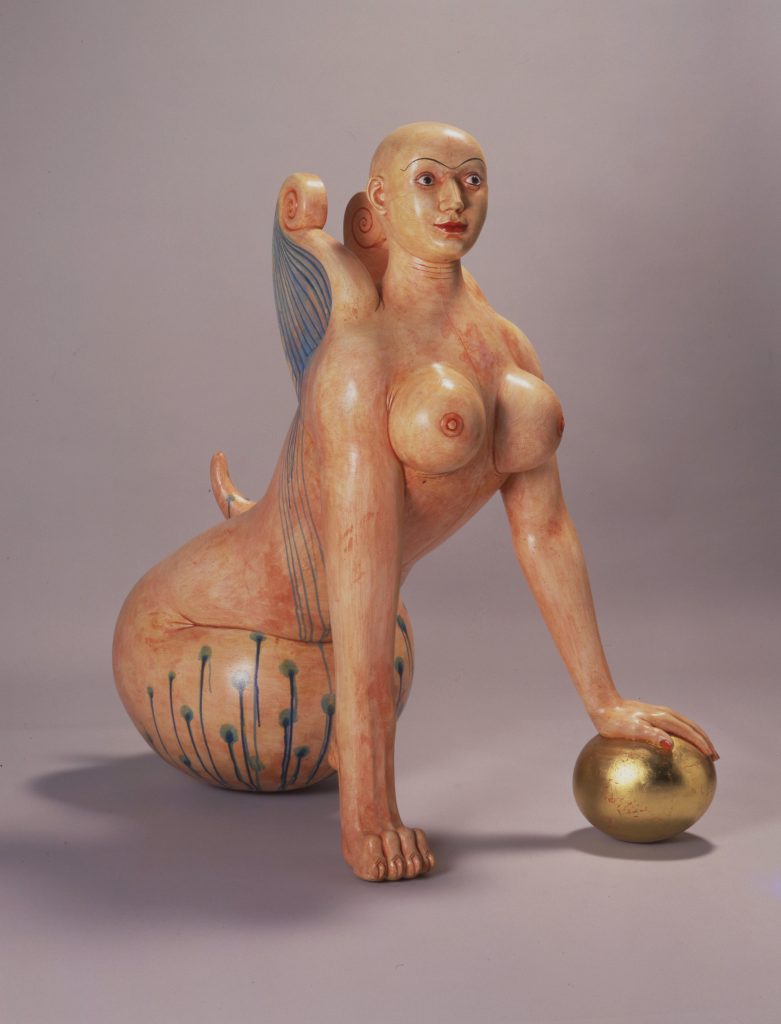 Mistry was born in India and then studied in Britain, where he stayed and continued researching ancient cultures such as those of India, Assyria, Egypt and Greece at The British Museum and other research centers, seeking basic forms found at the roots of all cultures. His sculptures of mystical figures are reminiscent of the half-beast gods of ancient tales. These works have received critical acclaim in the contemporary sculpture world in Britain. 'The Guardian of Water,' protector of the west, is the fourth in the "Reguarding Guardians" series, following 'The Guardian of War,' who protects the east, 'The Guardian of Treasure,' deity of the north, and 'The Guardian of Death,' protector of the south. The Guardian of Water is an aquatic beast, at once beguiling and malicious, with eyes wide open as if gazing into eternity. The figure's blend of the mystical with the carnal speaks of its Indian origins. (UM)