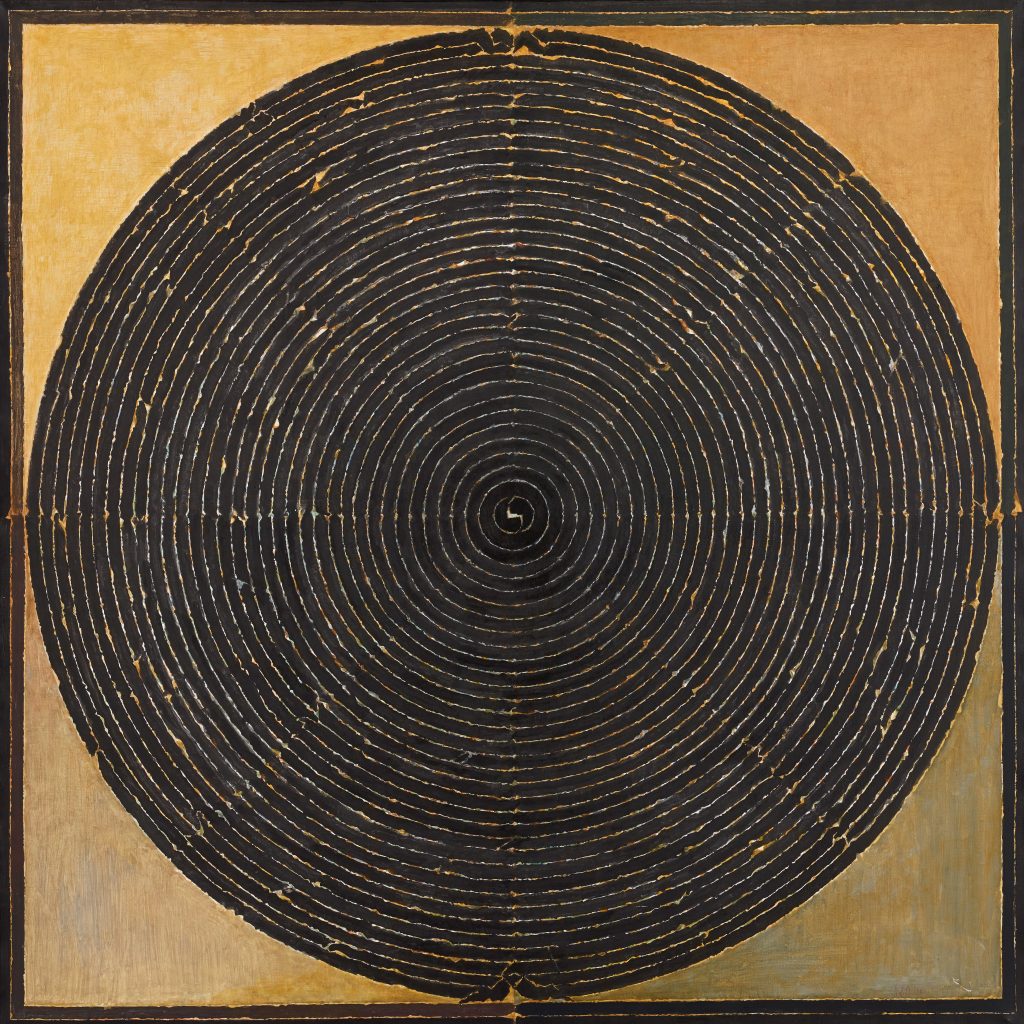 In 1947, the year when India became independent, Syed Haider Raza founded the 'Progressive Artists Group' together with F. N. Souza and M. F. Hussein in Bombay, and later moved to Paris. After trying Fauvism and abstract art, he rediscovered the Hindu culture in his inner self, and established an original style with his bindu series depicting black circles. Bindu is the seed of life and, in Raza's works, its shape serves as the root of the visible world. The title 'Kundalini' refers to the energy flowing in whirls at the lower spine of the human body and, by practicing asceticism, it ascends the body, eventually leading to enlightenment. The upper part of the work, which is brighter, suggests the ascending movement of the circle. Furthermore, the circle which looks like one black mass from a distance is actually an accumulation of fine touches of the brush, and various colors are visible in between the black lines, which show the potential energy for formation that is concealed within the static black circle. (KR)