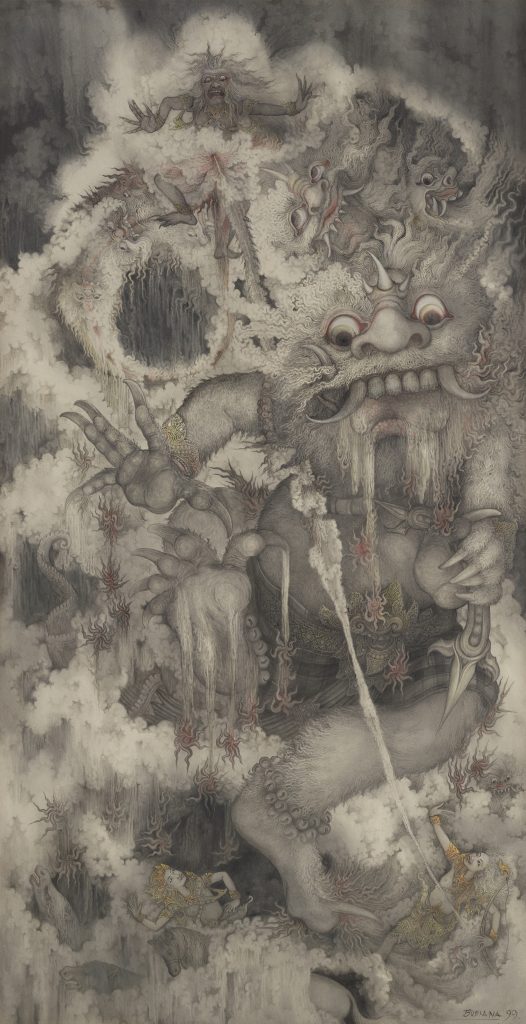 The power of the earth mother comes from the awesome power of nature generated by fire, wind, water and light. However, this rich nature has been abused and damaged by humans, finally provoking the earth mother goddess into fury. The mother goddess, taking the form of monsters, called Raksasa, lays bare the power of her rage. The artist produces work portraying the spiritual world unique to Balinese Hinduism. Born and raised in Ubud, the center of traditional Balinese crafts, he has developed as an artist both domestically and internationally while working as a painter of temple decorations in Bali. This work shows a figure representing the power of the father at the point of firing an arrow in an attempt to control the rampaging Raksasa. According to the artist, the intersecting of the two powers brings harmony to the world. In traditional Balinese painting the entire area of the canvas is covered by the motif pattern. In this case, however, the decorative expression is restrained, and jet-black darkness and surges in the atmosphere add a menacing sense of power. (NT)