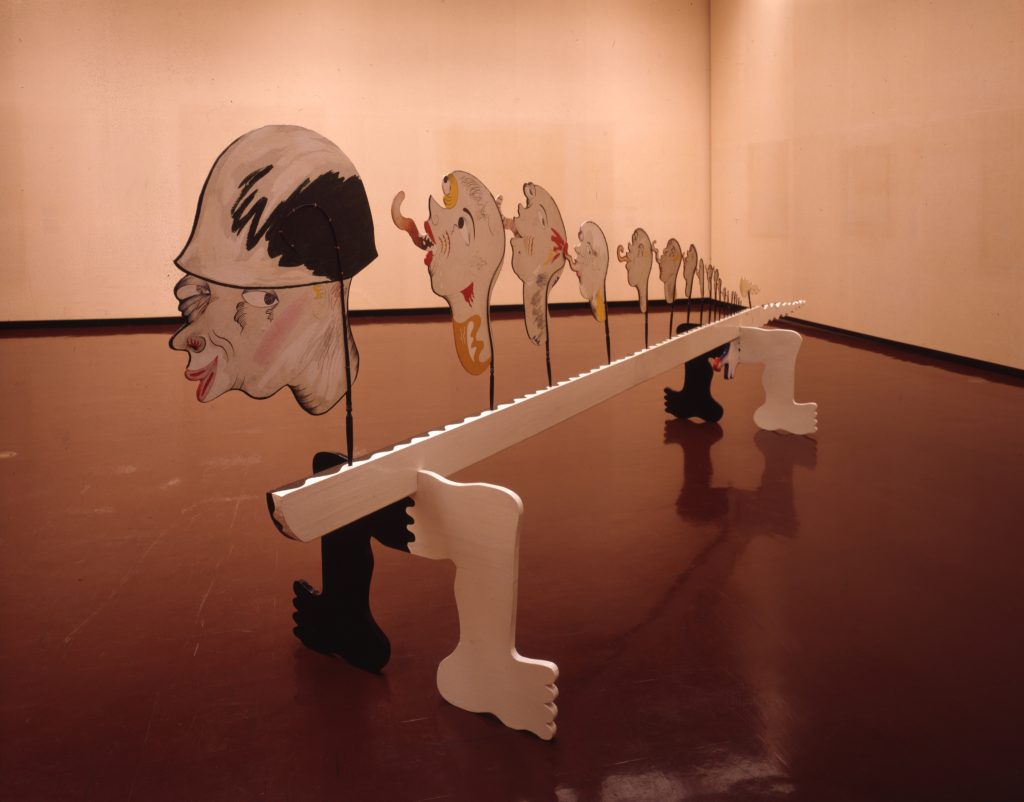 Having passed his student days in Jogjakarta, Dadang Christanto is one of the founding artists of a new wave of Indonesian art emerging from the late 1980s. Including over time painting, sculpture, and performance, the nucleus of his work are two themes; the trauma resulting from the loss of one's father at a young age, and a tireless opposition to violence. Using elements of Javanese shadow puppetry (wayang kulit), men with outstretched tongues in unison, as if on military command, appear to depict gross flattery toward a more powerful individual. At first seemingly ridiculous, the figure is none other than a monster toying with the life and death of the people, with glaringly visible male genitalia representing an undisguised lust for power. The work is a searing indictment of both the bureaucratic apparatus of military rule, and the social reality resulting from it. (NT)