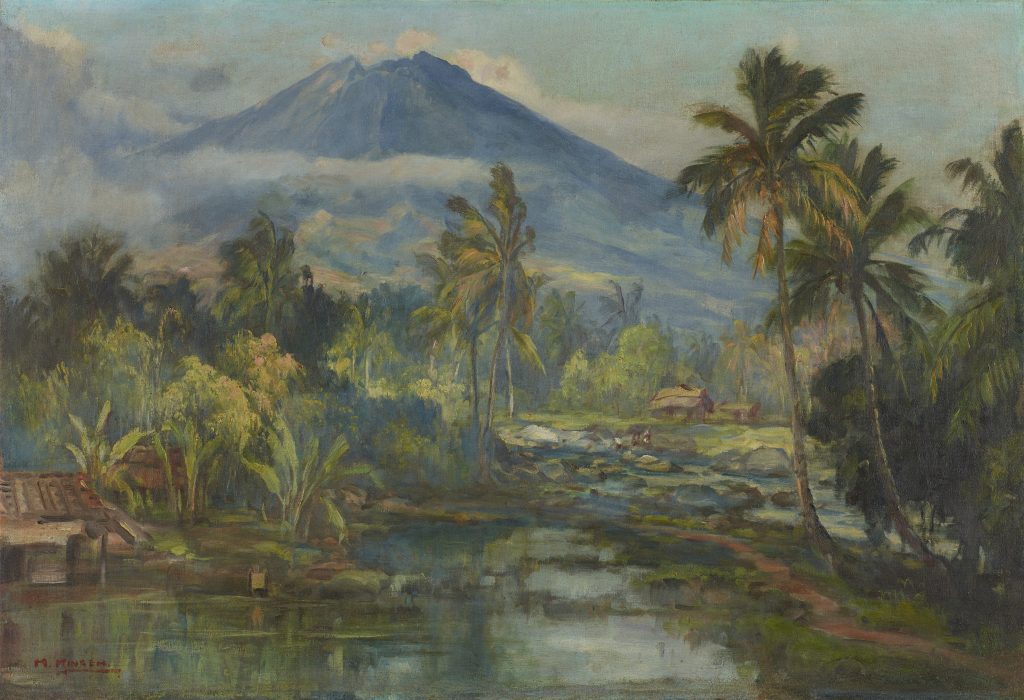 Mount Sumbing is a well-known mountain that lies in the middle of Java Island. Its cone-shaped contour reminds many Japanese of Mount Fuji. Born in Yokohama, Mori Kinsen (real name: Mori Kichigoro) went to Java in 1913, and opened up a photography studio in the following year. While managing the studio, he painted in the style of this work, depicting landscapes in a moist atmosphere. This type of idealized landscape of Java was later criticized by modern artists who refused to shy away from reality and insisted on depicting Indonesia as it was. On the other hand, this type of painting was also considered the prototype of Indonesian landscape and was regarded as the foundation of Indonesian modern art. Mori worked at the Japanese military headquarters in Java during the war and was therefore deported back to Japan when the war ended. He later returned to Java and died there. Since he spent most of his life in Java, he left no footprints in the history of Japanese art. (RT)