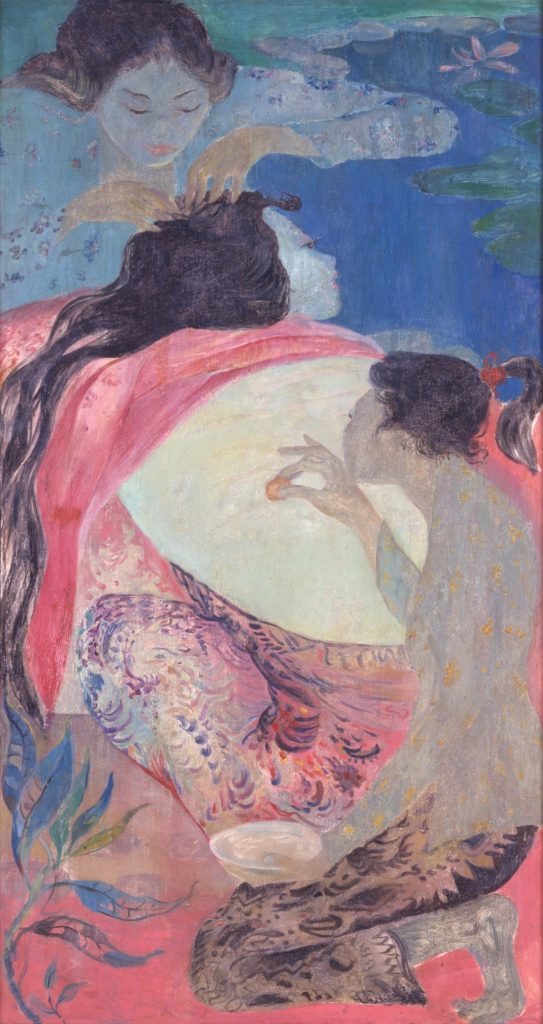 Kerokan is a traditional folk remedy in Indonesia. For Kerokan, oil is applied to a person's back and then a coin is used to scrape the back, an action which is believed to chase bad spirits (colds, etc.) from the body. Welts appear on the back of the woman. The Indonesian war of independence against the Dutch began in 1945 and Hendra Gunawan was a soldier in the independence army. He was also making anti-Dutch posters at the time, and active in the country's art movement, such as the founding of the 'People's Artists (Pelukis Rakyat)' group. This work was painted in the post-war period, while he was teaching at an art school in Jogjakarta. The curving line rhythm of the canvas surface, like a watery array, combined with the unrealistic color scheme dominated by blue greens and pinks, seems to transform this single moment from the women's lives into a stretch of eternity. The artist created paintings depicting the customs of Indonesia, with subject matter ranging from women grooming themselves to vendors in the marketplace. (YY)