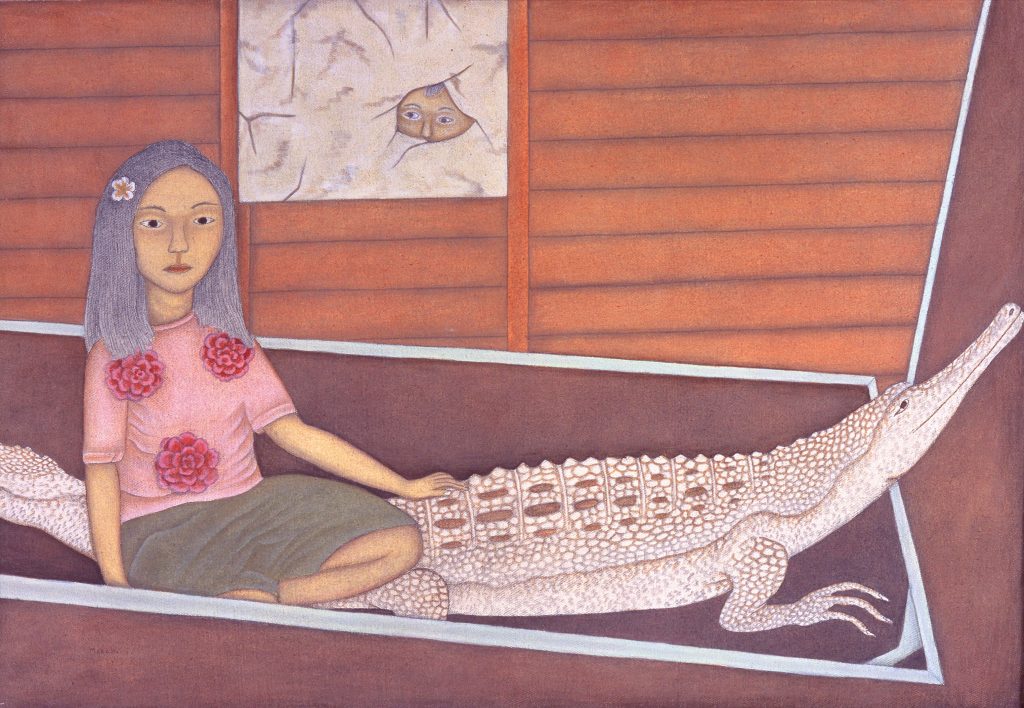 Bali, the only Hindu Island in Islam-dominant Indonesia, has its own flourishing and unique traditional performing arts. Western artists who began to arrive on Bali during the 1930s influenced local art forms, particularly painting. Local artists abandoned traditional forms of religious painting and created a new, fascinating form of painting filled with the spirits and apparitions that underlie Balinese daily life. More than a half-century later, I Dewa Putu Mokoh set out to create yet another new world of Balinese painting. He depicts everyday life from his unique viewpoint with humor, and at times a touch of the erotic. The touch of his hand brings the strange sense of weird animals into ordinary scenes. The artist says this painting is a realistic depiction of a young girl and her pet alligator as he saw them on television. Each of his paintings depicts a single scene from daily life, confronting the viewer with a totally unexpected scene or event. (UM)