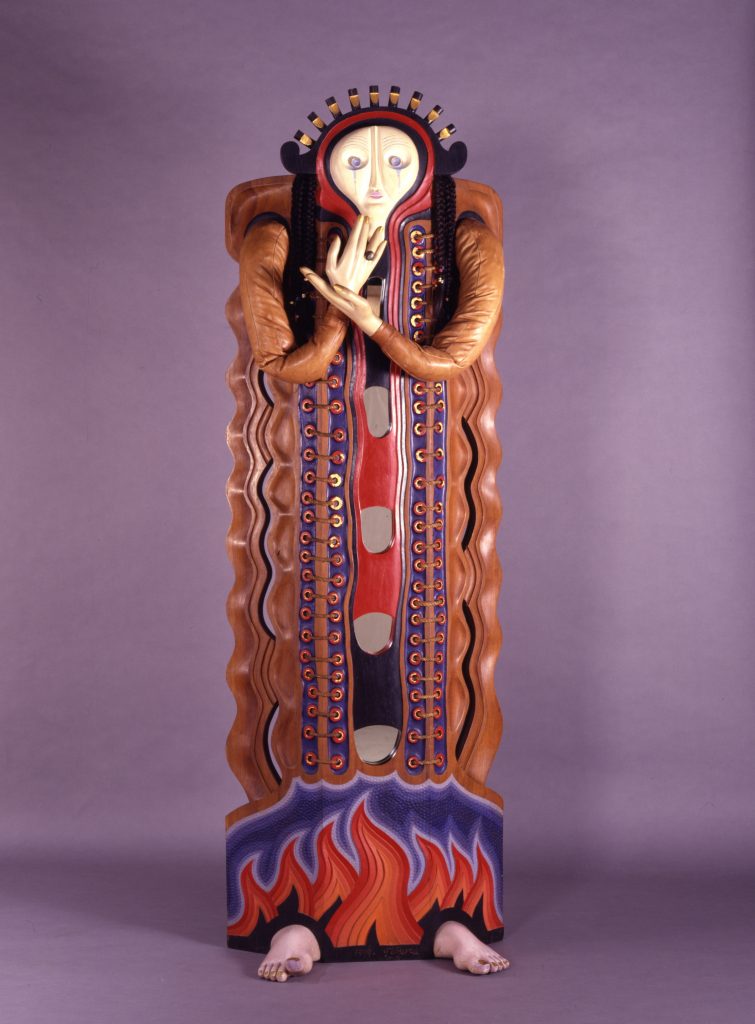 From an early stage, Sidharta practised cubistic expressions in his paintings, and led the trend towards abstract art in Bandung. He is also known as one of the pioneers of modern sculpture. On the other hand, he has also produced paintings and works of sculpture that refer to ethnic traditions peculiar to Indonesia. Once in the 1970s, he set upon his research on the traditional arts of his native country, and felt that the traditions were on the verge of dying out as a result of the inflow of Western art and pop music. In this work, the goddess is lamenting over the death of traditions, and the flames drawn in the lower part indicate the foreign influence. The gesture of the hands expresses her inner anguish. The stylistic mixture is carried out with much interest as we can see indications of the two sides of this artist: to use real female hair with realistically depicted arms while adopting a plane and decorative style as seen in traditional dolls in the face and body. (KR)