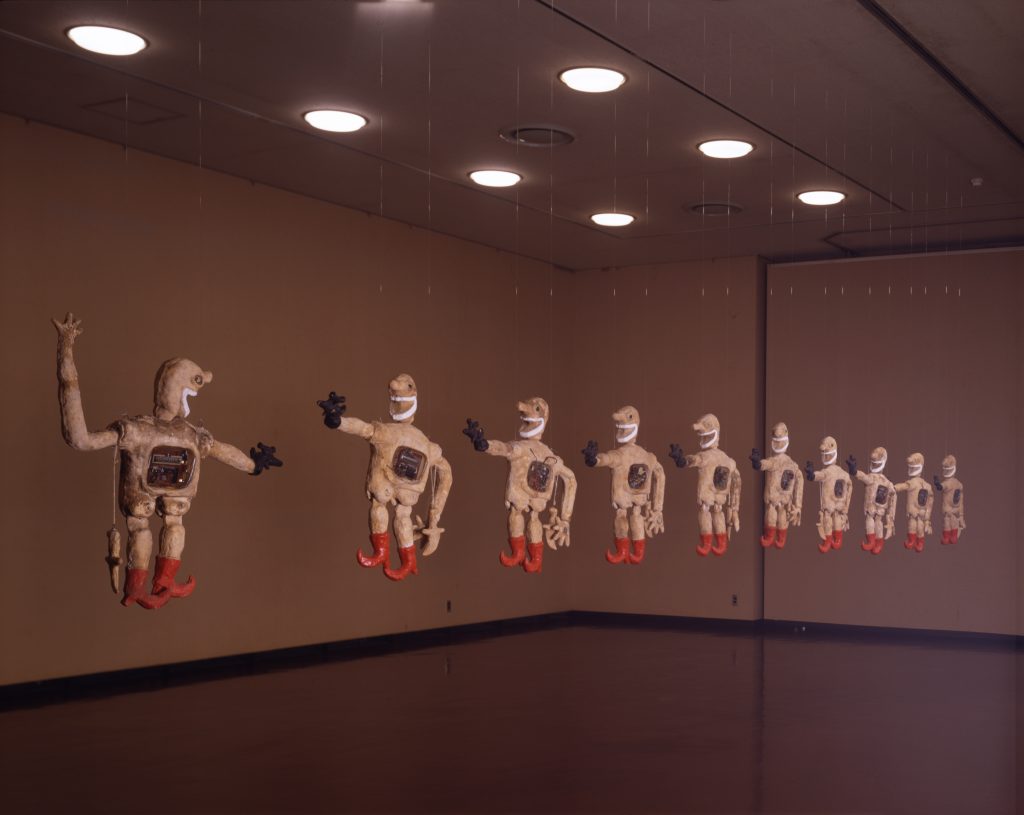 Heri Dono, who spent his students days in Jogjakarta which has an old history, avidly absorbed the traditional culture of Indonesia during this period and studied the traditional performing art called wayang kulit (shadow-picture show), yet his world of art appears to have various sources that cannot be explained by tradition alone. In this work entitled "Badman," dolls installed with electronic circuits are hanging from the ceiling in a row. They somewhat remind us of the wayang dolls, but the idea comes more directly from characters in cartoons and computer games. Heroes of justice never die even if they fall from a skyscraper. Abiding by the absolute rule that 'Enemies must be destroyed!,' they bury the enemies away for sure. Contrary to the cute images of the dolls, this work makes us aware of such exaggerated dreams and cruel attacks of the masses. (NT)