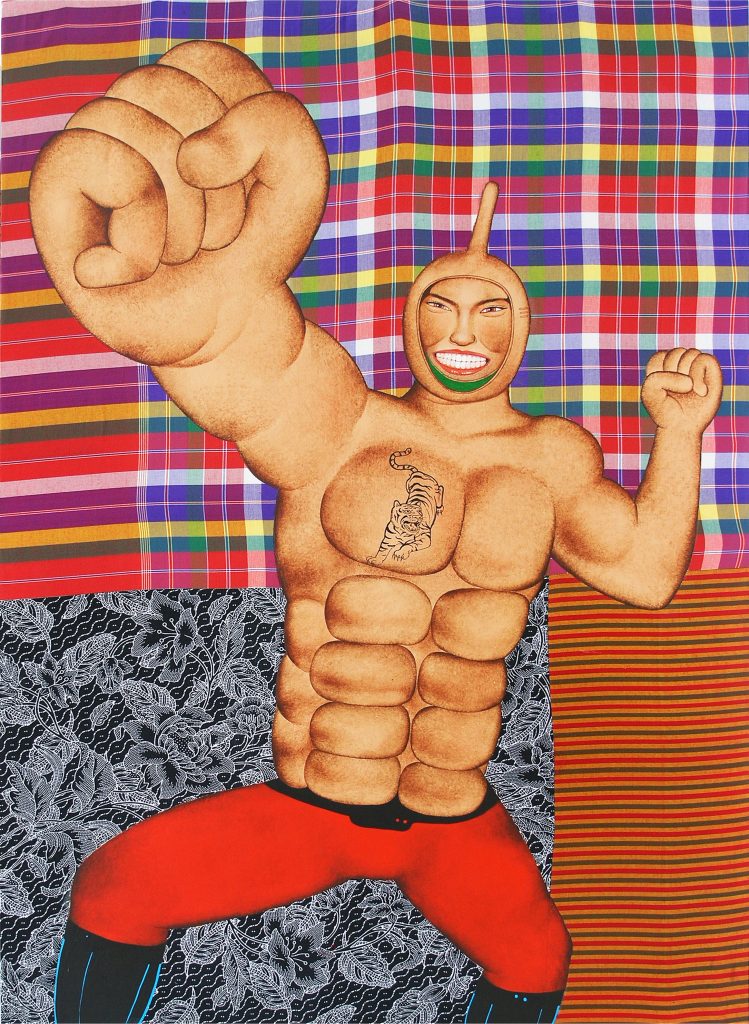 This piece was commissioned for the poster of the 'Third Fukuoka Triennale.' Fists raised to the sky, the figure, reverberating with power, is a character representing the 'strength to live' given to us by family love. The series uses as canvas Thai sarongs, and begins with the cloth used by his mother, as the warmth of a mother is the source of lifelong strength. At first sight, the character appears merely comic, but on closer viewing his body is behind the muscles and flesh forming part of an artificial skin body suit. Thaweesak Srithongdee turns his attention to the anxiety manifest throughout various stages of human life, and his characters formed of artificial skin body suits speak out on behalf of these complex emotions. His wide variety of work utilizes many forms including painting, illustration, installation, film, music and pop culture. (IR) 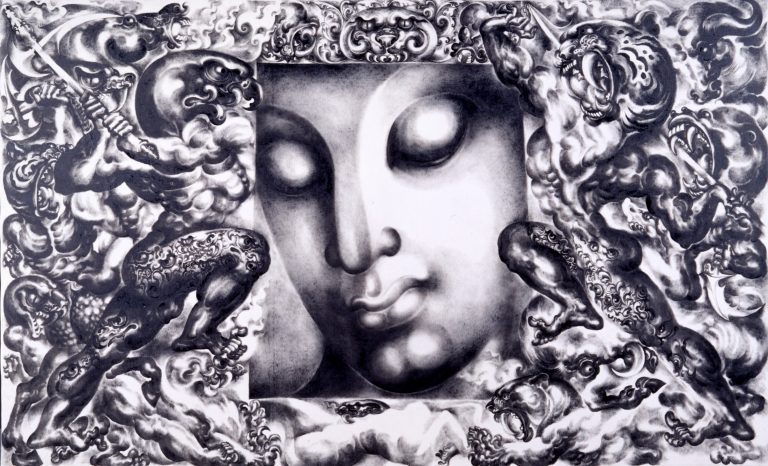 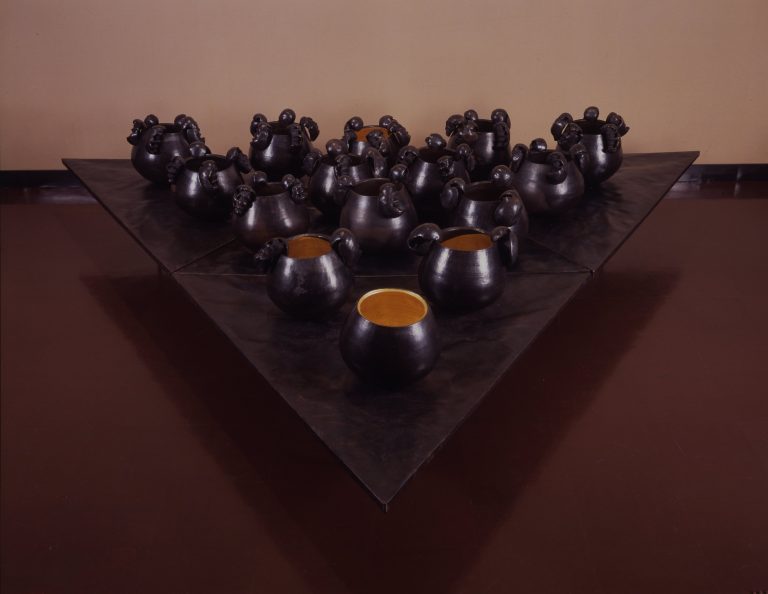 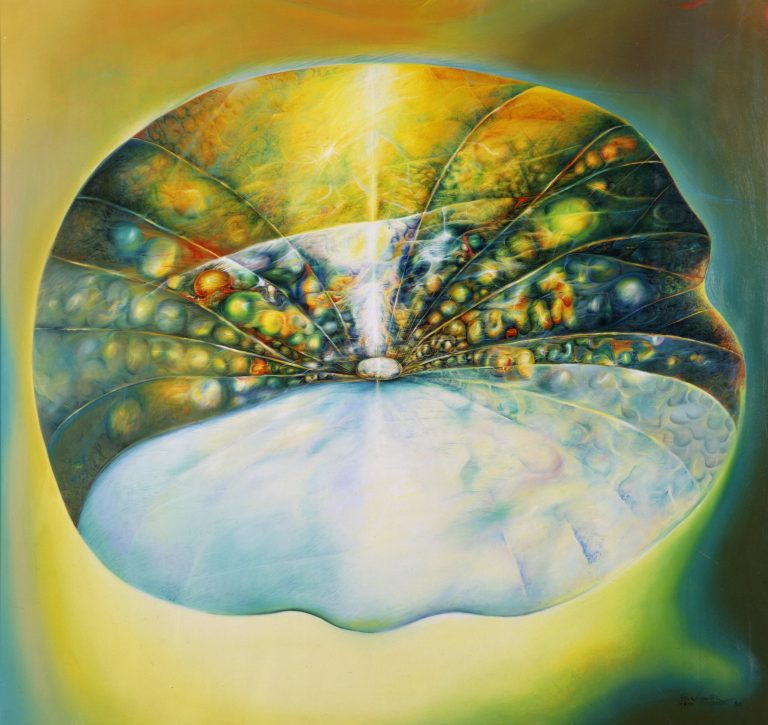 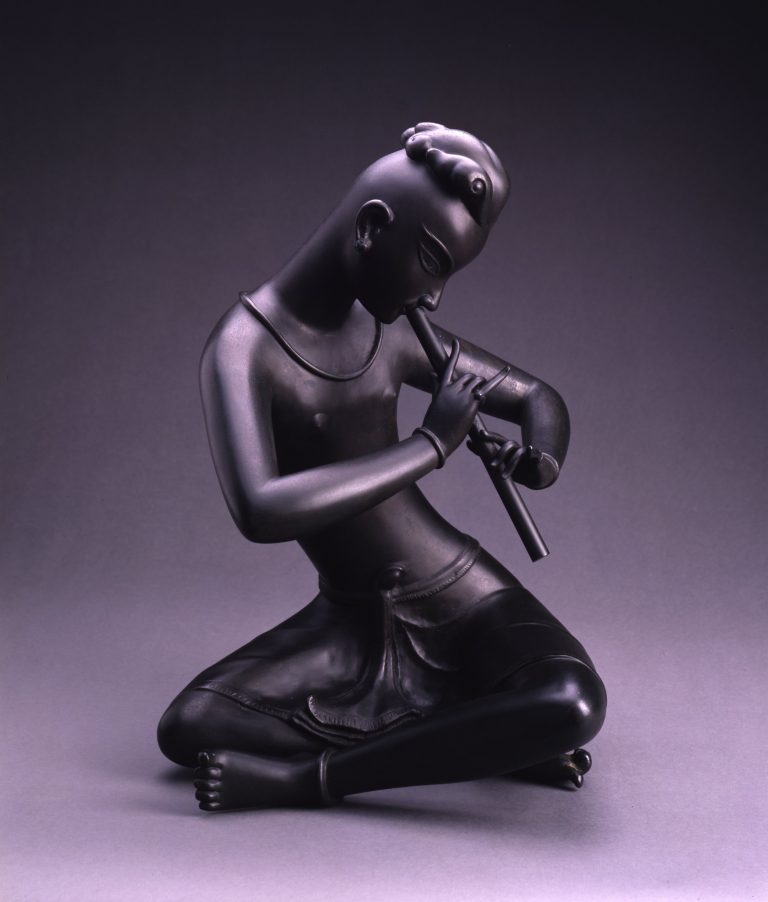