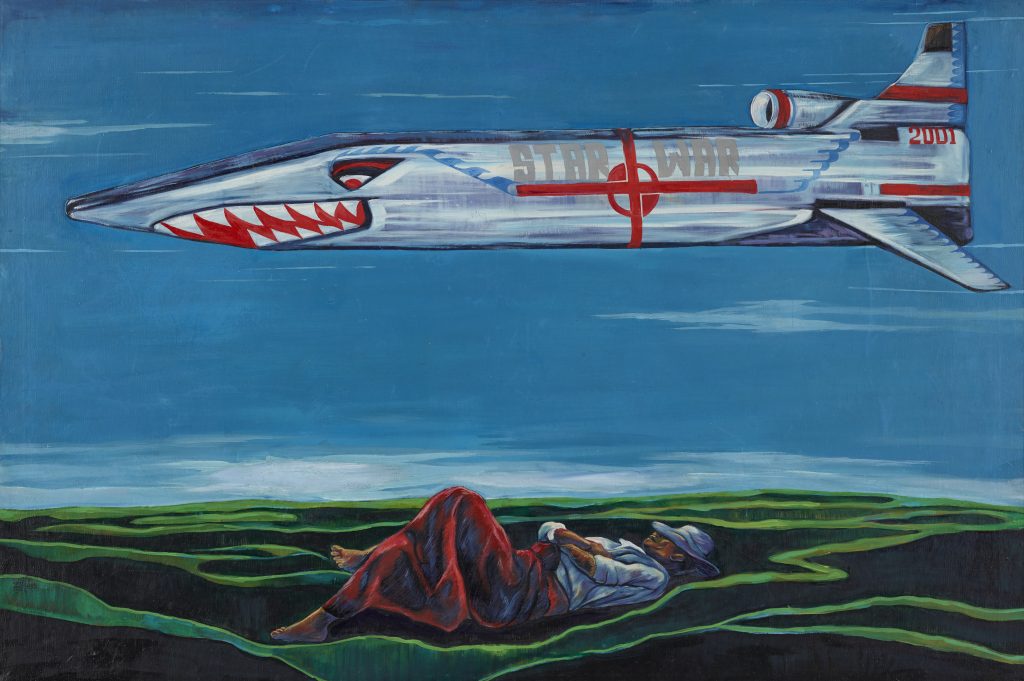 A founding member of the early contemporary art group in Myanmar, the 'Gangaw Village Art Group' (1979), the artist has been a pioneer and driving force in Burmese contemporary art since the 1980s. With expressionistic technique his work consistently focuses on social issues. This piece imagines the near future of the year 2001, set against a backdrop of the Falklands conflict in 1982. In the space war of the future, only computer controlled robots are in combat. With nothing to do, a man in a hat snoozes in a lush green landscape. The front of the fighter jet is made to resemble a shark, a technique of combining two different classes of object that share a common attribute (in this case, danger) that continues to be used as a strong form of expression in art and design today. Its sharp humor foresees a society in which humans have entirely handed over control to computer systems. (IR)

Other works from Myanmar