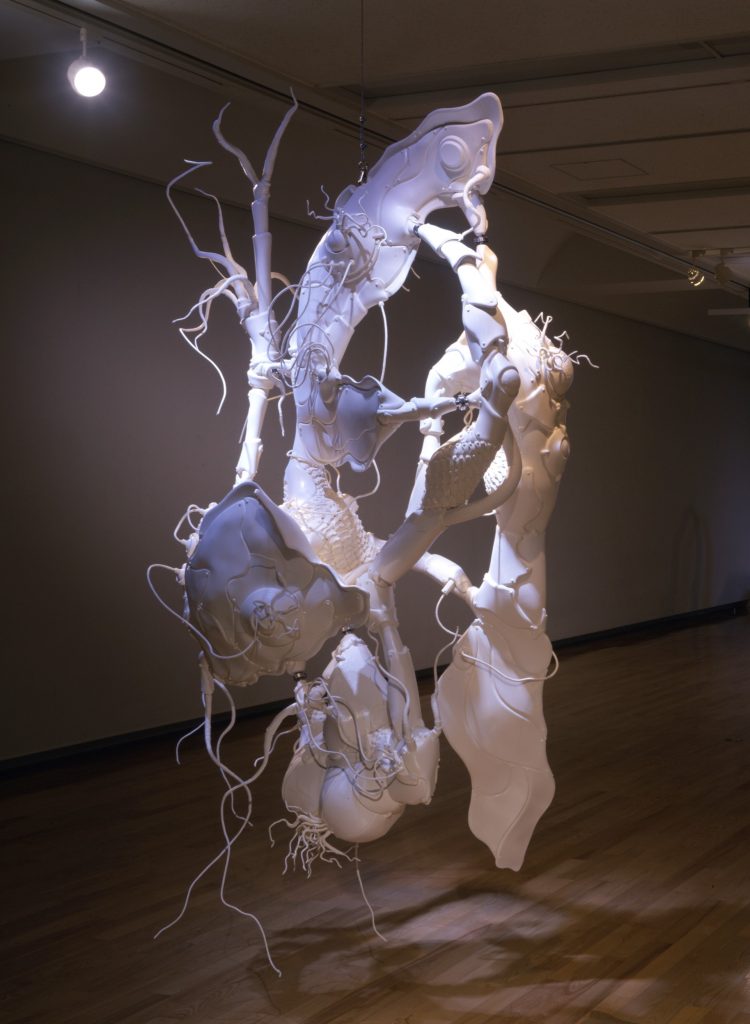 Among the Korean artists of the new generation who made their debut after the late 1980s, the female artist Lee Bul is the most highly regarded internationally. Her works deal with the malformed body in which she believes fragility and energy coexist. The artist has been constantly making statements against the societal coercion to become '(Korean) woman-like' through, for instance, deliberately metamorphosing the human body into mollusk-like forms, and through wearing extravagant traditional costumes with excessive accessories. Two separate artistic lineages converged in this work: the mysterious creature 'Monster' and the mechanized human body 'Cyborg.' The title 'Chrysalis' indicates the coexistence of contrasting metaphors: the softness of larvae and grubs, the hard crust of imagoes, and the brilliance of butterflies. The creature is in a form that does not stand on its own. The thinly stretched tentacles appear to be brittle and fragile, while the whiteness of the work conveys a dignified aura similar to that of ancient European sculpture and Korean white porcelain. This science fiction type of creature is a hybrid of animals, insects, plants and machines. It has been created out of a longing for eternal life, transcending the limits of the human body. (KR)