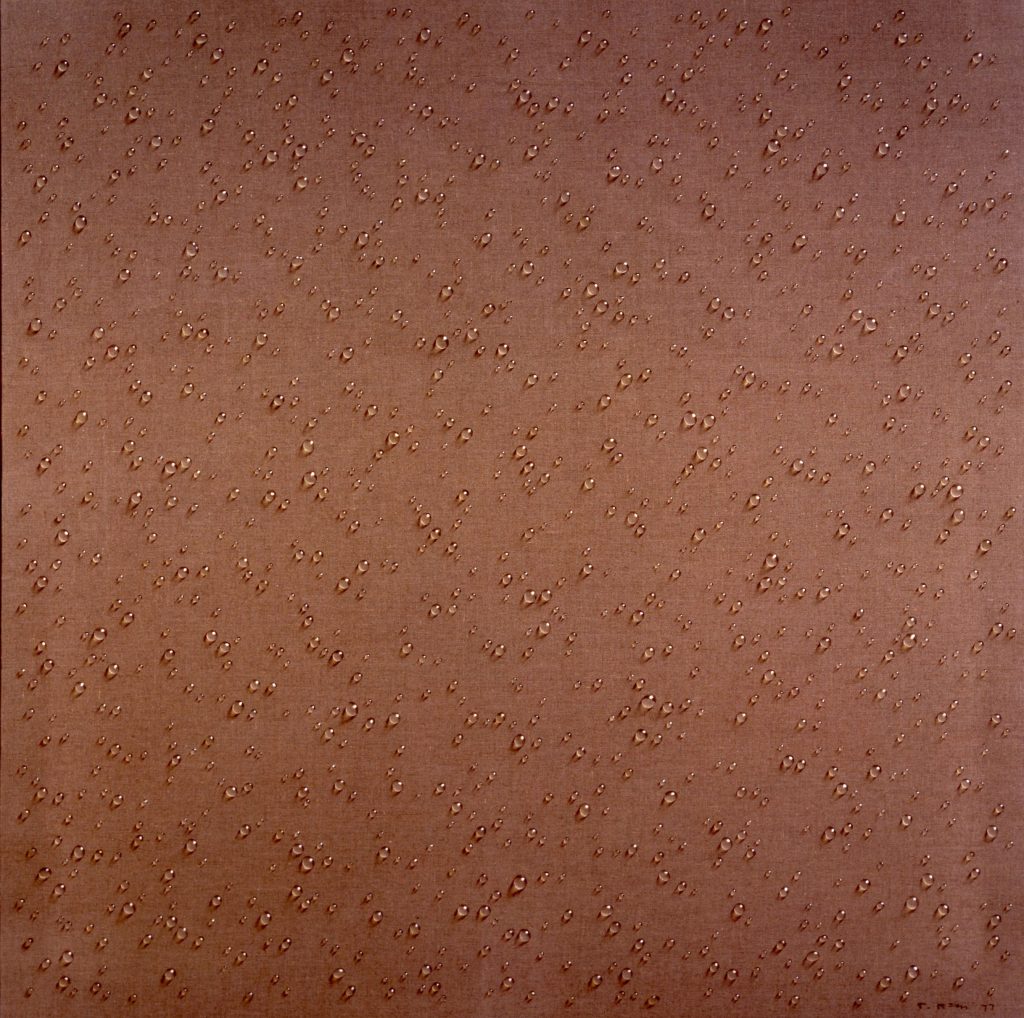 Kim Tschang-yeul, known as an artist who paints subtle three-dimensional waterdrops that look so real that the viewer almost reaches out to touch them, established his basic style in 1973, and has since been painting waterdrops and their shadows, permeation and dripping, and more recently has continued to pursue expressions of waterdrops with astonishing persistence in three-dimensional works. What supports his persistence is the spirit similar to that of a seeker after truth, which is a characteristic unique to Korean abstract paintings in which the will of self-expression is abandoned in order to become identical with nature through simple hardwork. A careful look at his work reveals that the waterdrops do not reflect the external world, which should be reflected in reality. Furthermore, although linen with its natural color of material is used, the waterdrops neither permeate nor drip, and instead they stay on the canvas forever. In other words, while an eye-deceiving realism is adopted in his depiction and materials, it is an unreal world unfolding before us, where all things become transparent and the world is reduced to naught in the ephemeral and minuscule waterdrops. (KR)