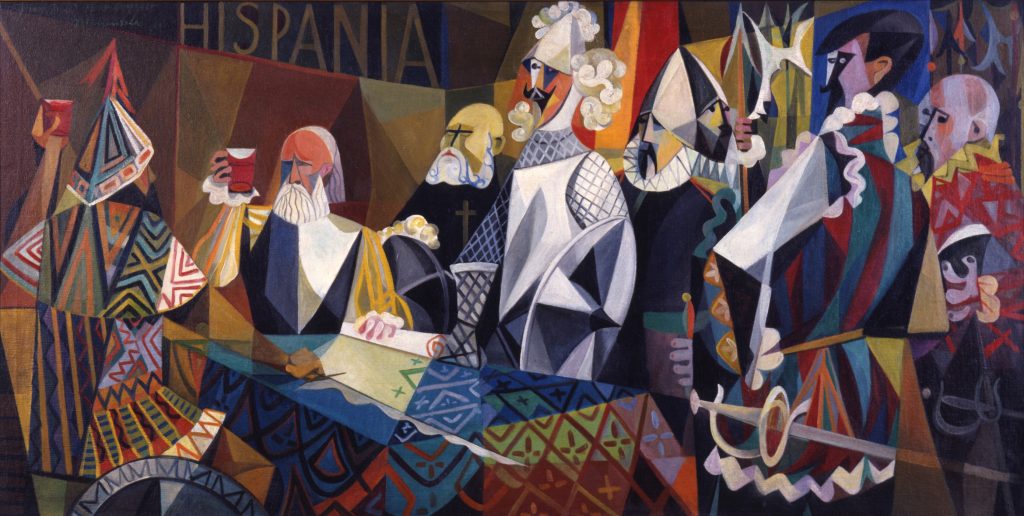 The painting by Vicente Manansala is a cubic adaptation of "Blood Compact" – an oil painting done in 1885 by Juan Luna (1857-1899), one of the leading artists of the Philippines. "Blood Compact" refers to the pledge made in 1565 between the native chieftain Sikatuna and the Spanish conqueror Legaspi who landed on Bohol Island in the same year. As proof of their friendship and trust, the two men made a toast with wine that was mixed with drops of their own blood. From this incident Spain gained a significant foothold in establishing colonial rule in the Philippines. While Luna's painting is characterized by a solemn tension, Manansala's version, made after independence, is charged with a bright-colored festive atmosphere, revealing a sense of relief from the burden of colonial rule. The artist was a member of the '13 Moderns,' an important modern art group in the Philippines. Having studied in Canada and Paris, the artist took up cubism and wove it into his own style. Against a backdrop of Philippine society setting out on a new course as a modern nation, this piece can be seen as an attempt to take a fresh look at history through modernist painting. (HL) 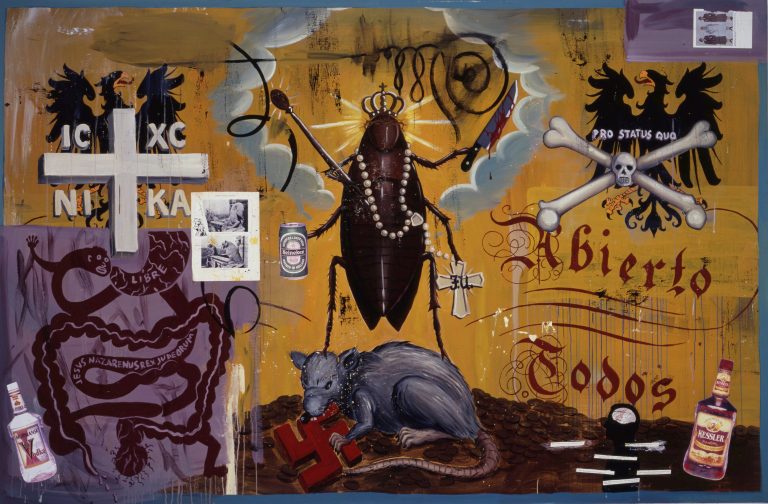 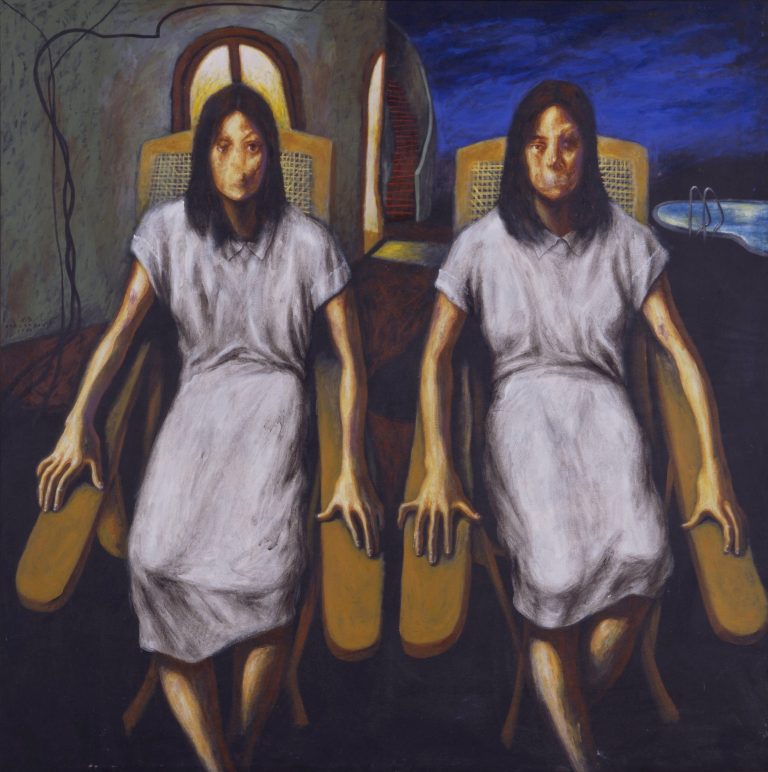 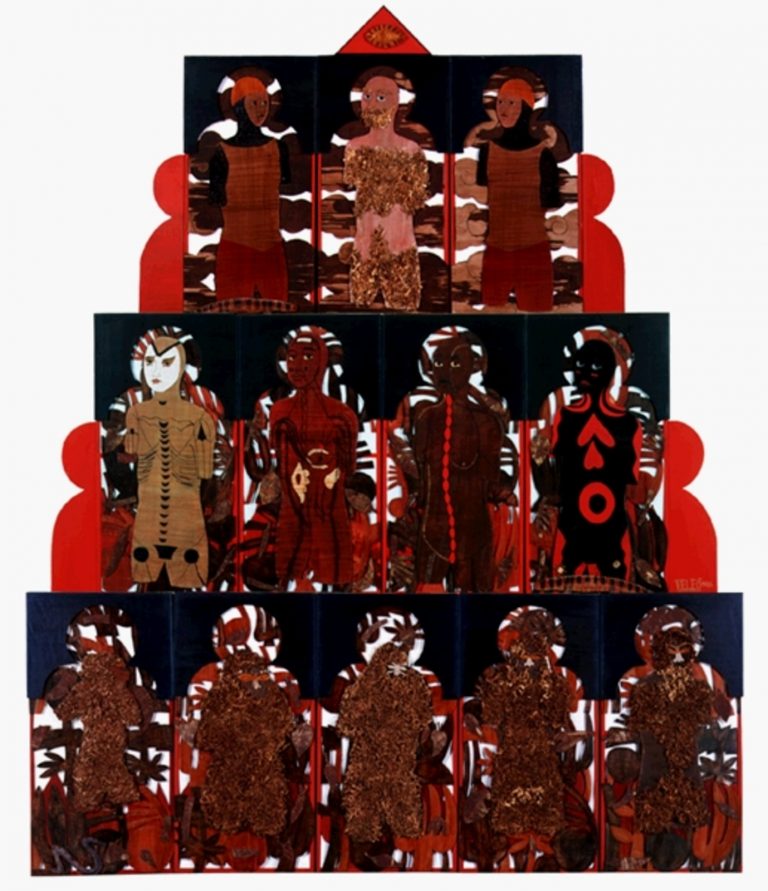 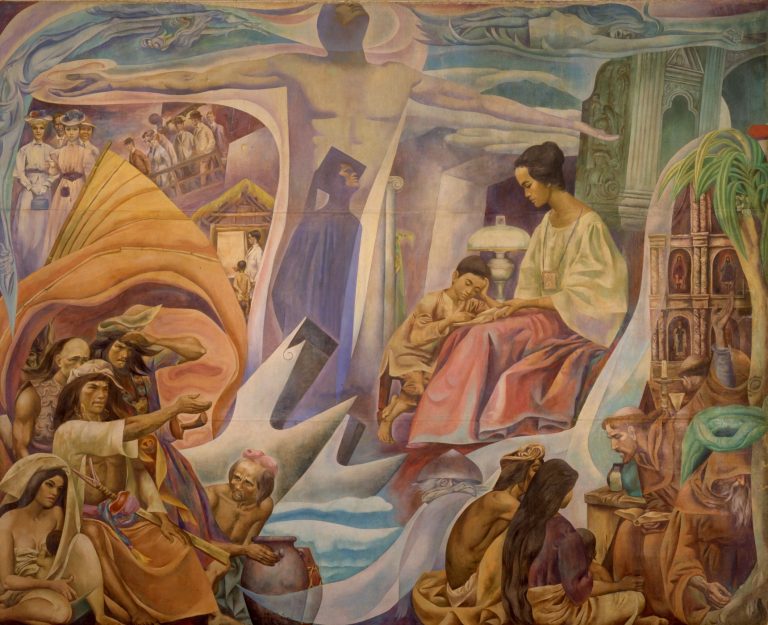