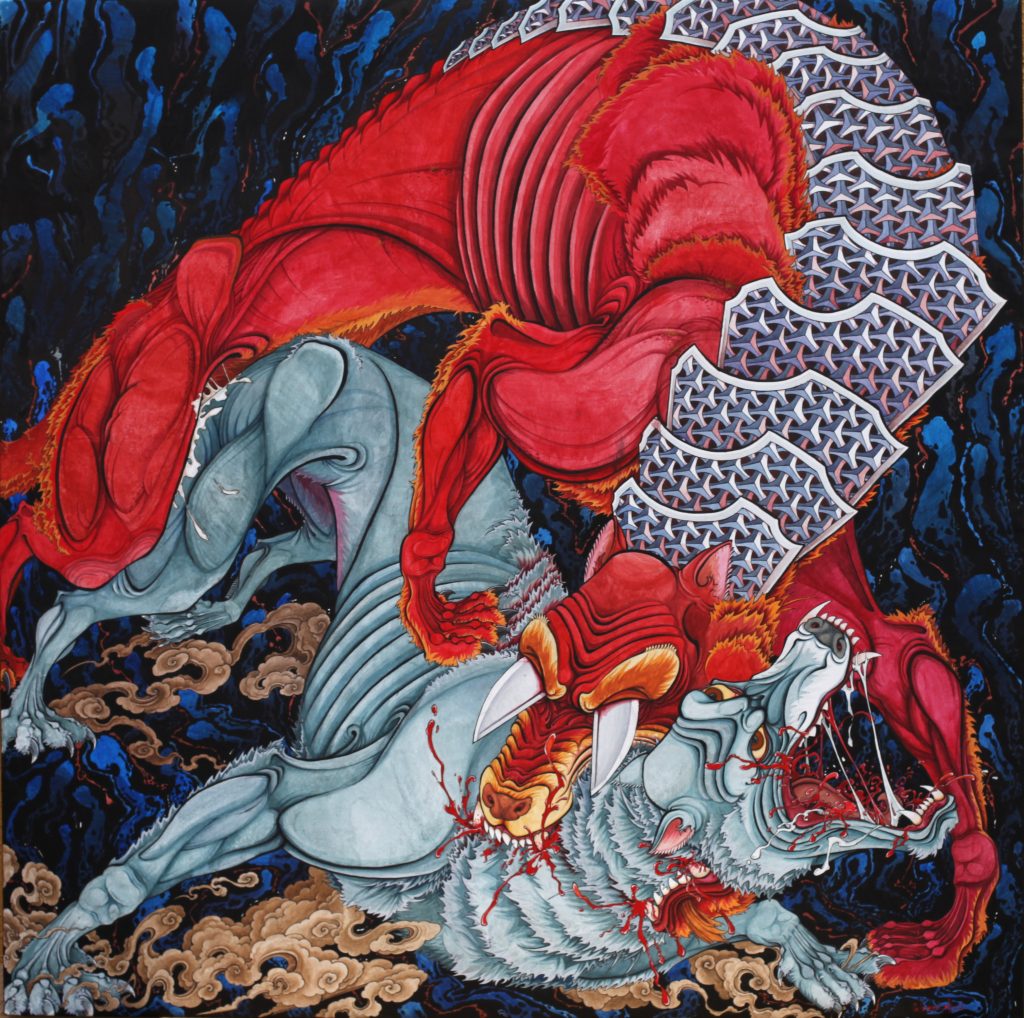 From the 1940s, modern art reached Mongolia via the Soviet Union and took center stage, leaving traditional Mongolian art in the shadows. Mongolian art at the turn of the twentieth century was dominated by the influence of B. Sharav (1869-1939). Rehashed versions of his work being plentiful, it became a genre of meager change and variation. In the latter half of the 2000s, however, out of the cohorts graduating from Mongolian State University of Arts and Culture, would emerge a group of young artists suddenly producing work of individuality. Within this group, graduating in 2010, Ganboldyn Gerelkhun's bold compositions which combine elements that are both traditional and modern, is producing a stream of new Mongolian paintings, drawing attention to him as the standard-bearer of Mongolian modern art. In this piece, a robot wolf is in violent confrontation with a wild wolf. Human destruction of the environment and nature is depicted using the wolf, a symbol of Ghengis Khan, and of special significance to the Mongolian people. (YY)

Other works from Mongolia 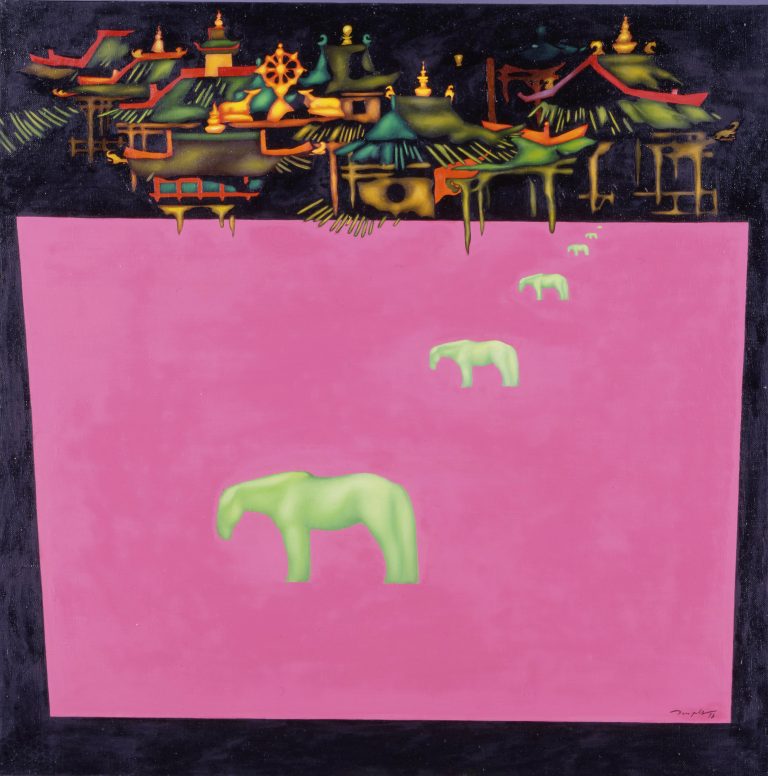 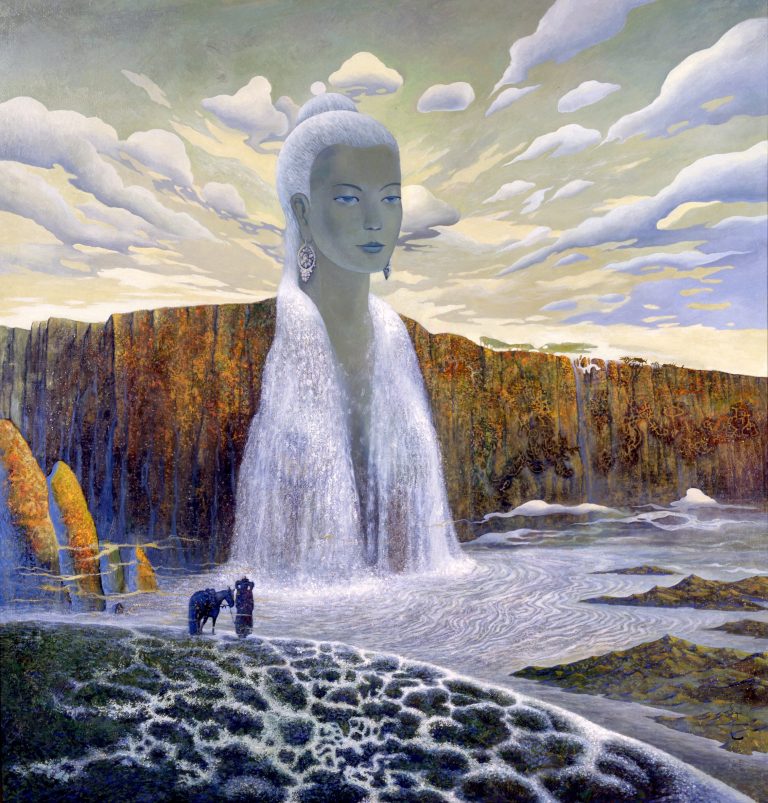 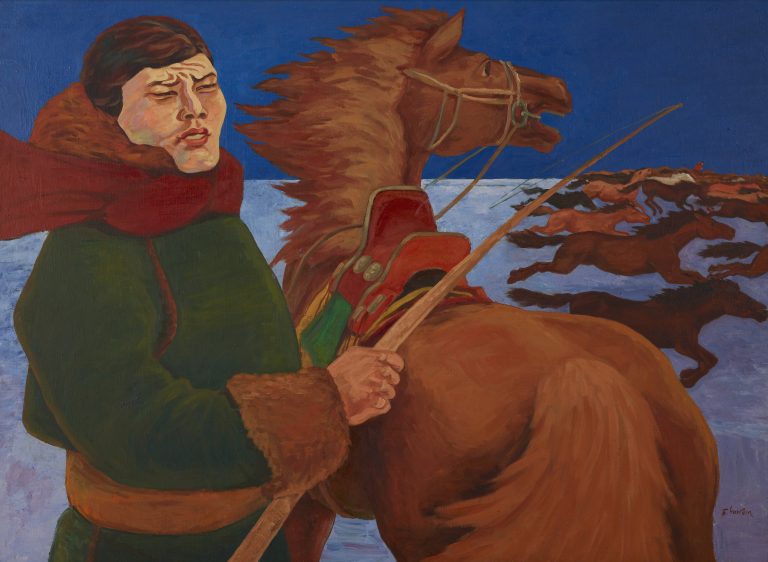