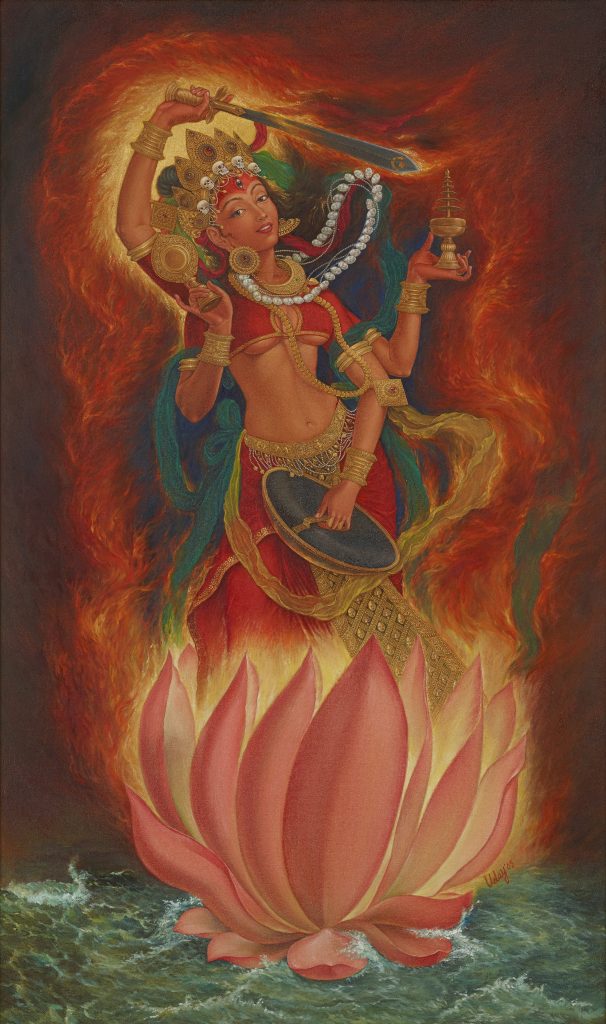 Mahalakshmi is one of the eight mother goddesses in Nepalese Hinduism. The word means 'the great Lakshmi,' but she is different from Lakshmi the goddess of fortune. She is represented as valiant holding weapons against a blazing flame. Udaya Charan Shrestha is trained as a Paubha painter. Paubha is a Nepalese traditional style of painting Buddhas and gods in rock pigments. It developed being influenced by Thangka of Tibetan Buddhism. Some Paubha artists started taking up Western realism in their paintings and Shrestha has been strongly moving towards this direction in recent years. He uses oil paints to depict more precisely and realistically blue and red skinned gods and Buddhas with many eyes and limbs. His skill is still reflected in this piece. Whilst the goddess is depicted as a deity, she shows her voluptuous body and impassioned glance with a contemporary sensuality. Although the goddess is not visible in the real world, the painter depicts her more realistically than a CG image using his superior techniques. (YY)