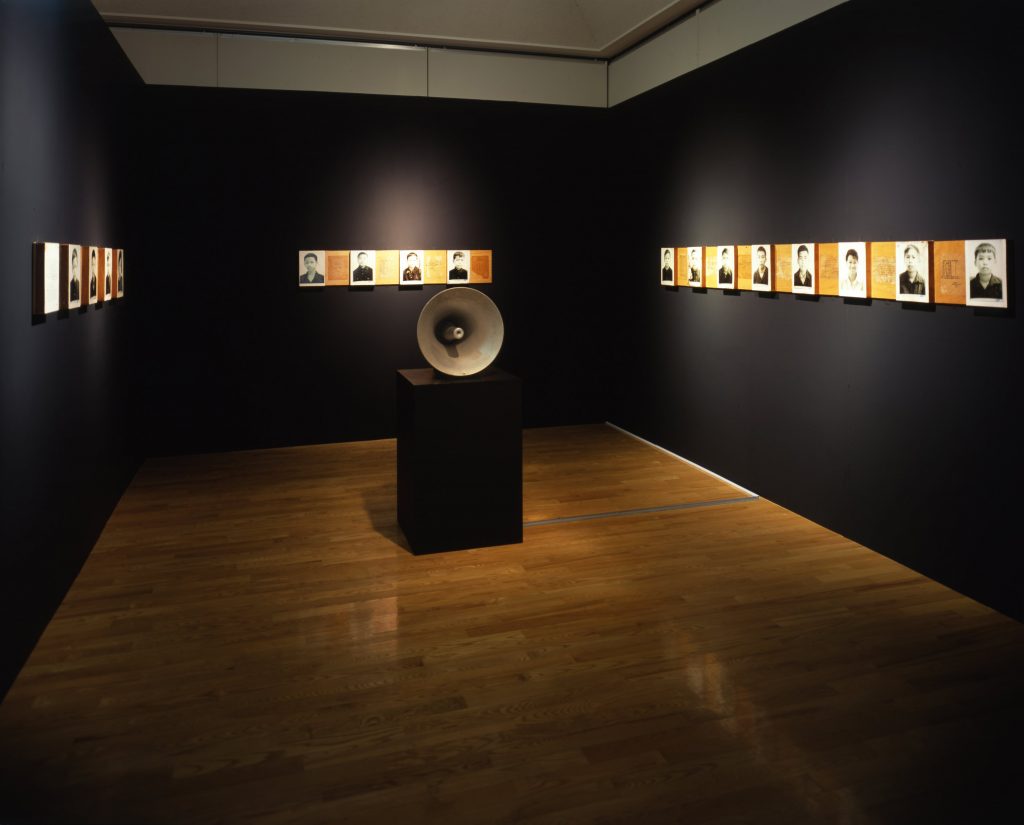 Ly Daravuth has worked hard to develop the Cambodian modern art scene with efforts including running a not-for-profit art space. This is a piece that was reproduced for the 'Third Fukuoka Triennale.' It consists of 14 photographs of teenage boys and girls put to work and executed in concentration camps by the Pol Pot regime. In addition there are two photographs of youths unrelated to the group of 14. Alternating between the portrait photographs, 15 documents showing the government's orders can be seen. In the central space a loudspeaker plays recordings, such as a traditional folk song banned by Pol Pot containing revolutionary lyrics. At first sight the highly tense environment of that era appears to have been recorded, but by inserting different elements into the piece the artist raises questions over the transmission of records or history and what is truth. (KS)