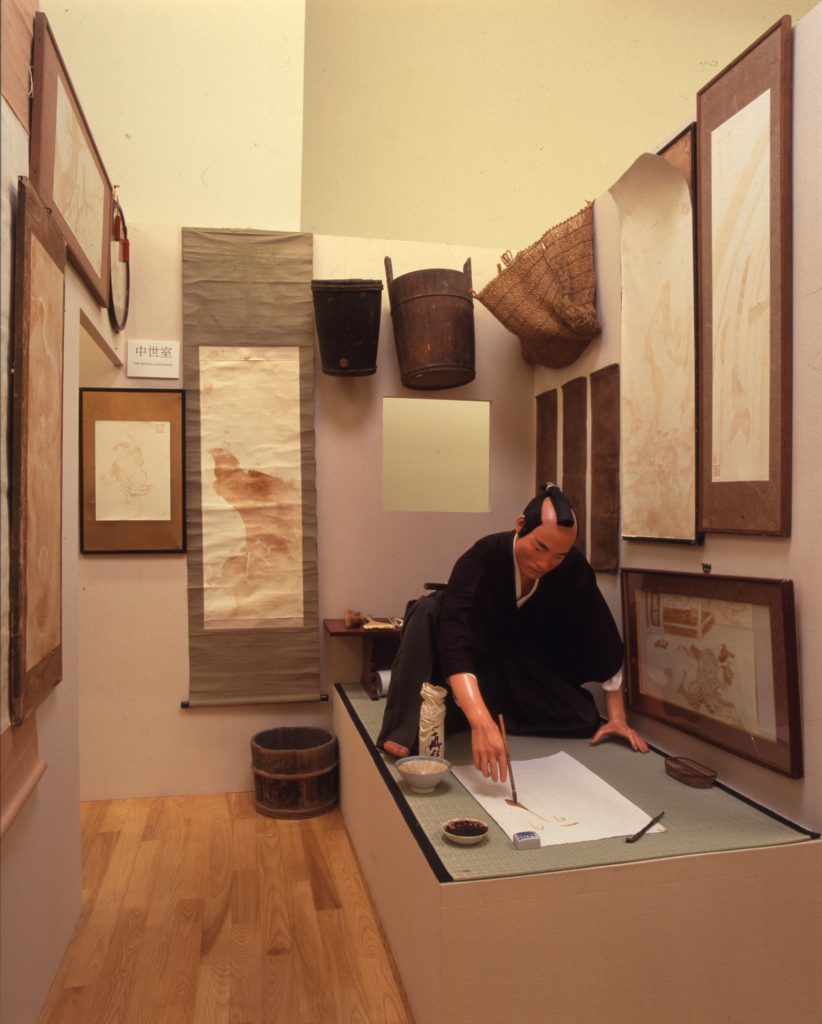 The "Museum of Soy Sauce Art," which was exhibited at the 'First Fukuoka Triennale,' the inaugural exhibition of our Museum, gained unprecedented high attention when compared with other Japanese works in the past Asian Art Shows. Although the concept of 'Soy Sauce Art' using real soy sauce is the artist's invention, his 'Museum' displays pieces based on the famous works in Japanese art history, ranging from ancient to contemporary times, as if they have historical authenticity. Here, we can discern the artist's doubts on history shaped by experts and on the modern concept of 'art museums.' Another important aspect is that, with a bitter sense of humour, Ozawa attempts to look straight at the conventional living customs that are inescapable even for the present-day Japanese, who give the impression of having achieved modernization and westernization. In other words, this work questions the entire notion of the modernization of Asia, with Ozawa gazing hard at the reality of a kitschy and indecent Japan, seen as a result of our groping for modernization. (KR)