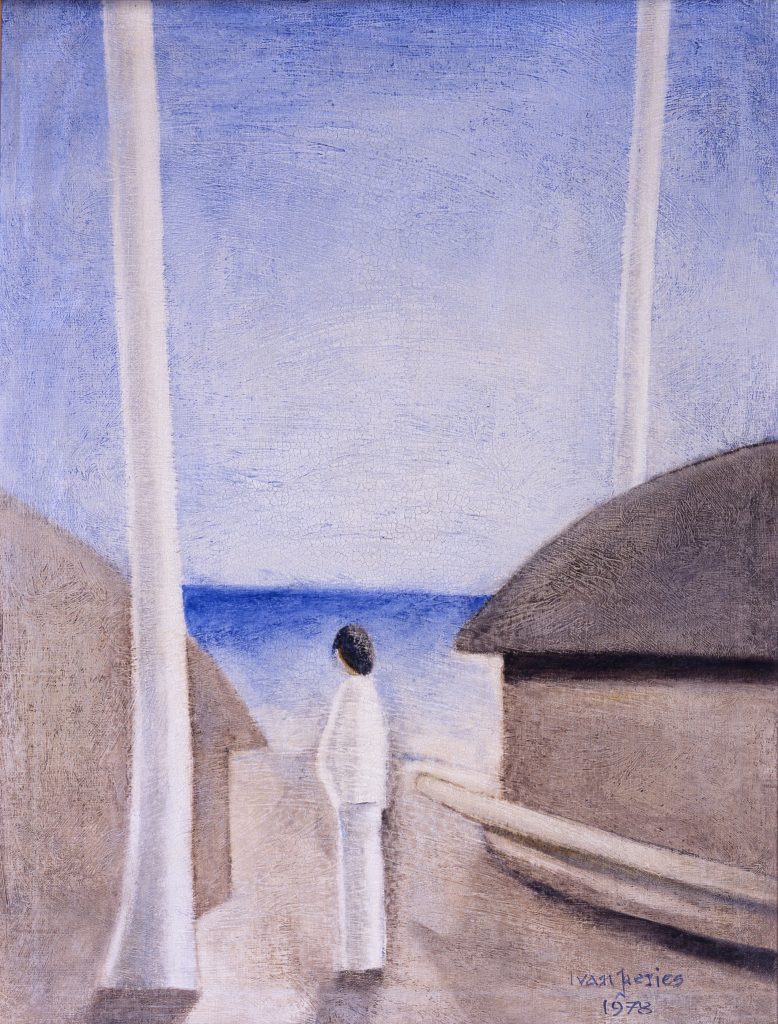 Dehiwala, the town depicted in this painting is in southern Colombo where Ivan Peries was born. The strong sunlight, the triangular-shaped roofs, the palm trees, and the human figure wearing a saloma convey the local atmosphere of this town. The composition with simplified forms of this painting is influenced by European modern art practices which were embraced by the members of the '43 Group,' the first group of modern artists in srilanka. Other elements in this painting are indicative of Peries' own style, such as his use of color to create a dream-like effect without a sense of a solid entity, the curious slant of the horizon, and the cracked surface texture of the painting was made with ground coats to resemble pottery. All of these elements combine to reflect the anxious, sensitive state of mind of the painter. Peries produced many beach landscapes until late in his life. They were, however, painted from his memory since he spent most of his life in London without returning to srilanka. The lonely man in this painting may be the painter himself in an imagined reunion with his homeland. (KR)

Other works from Sri Lanka 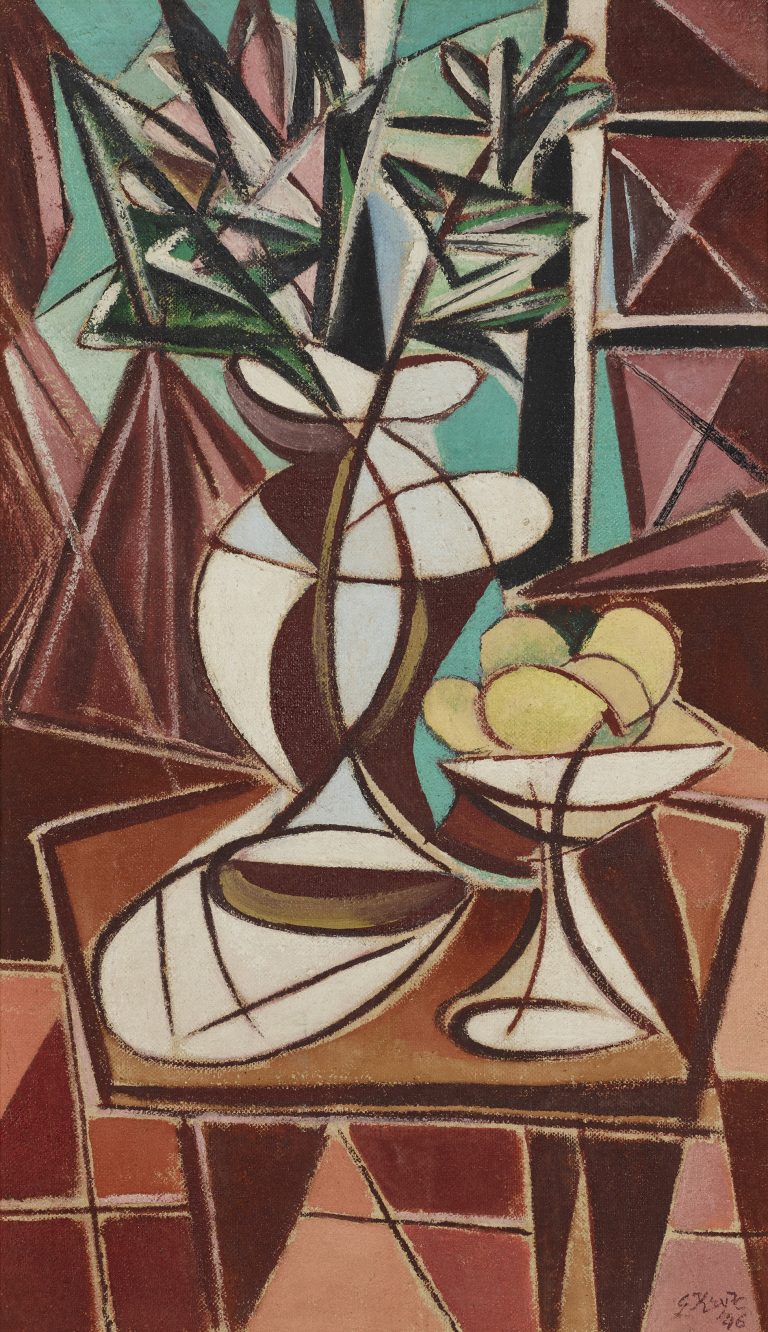 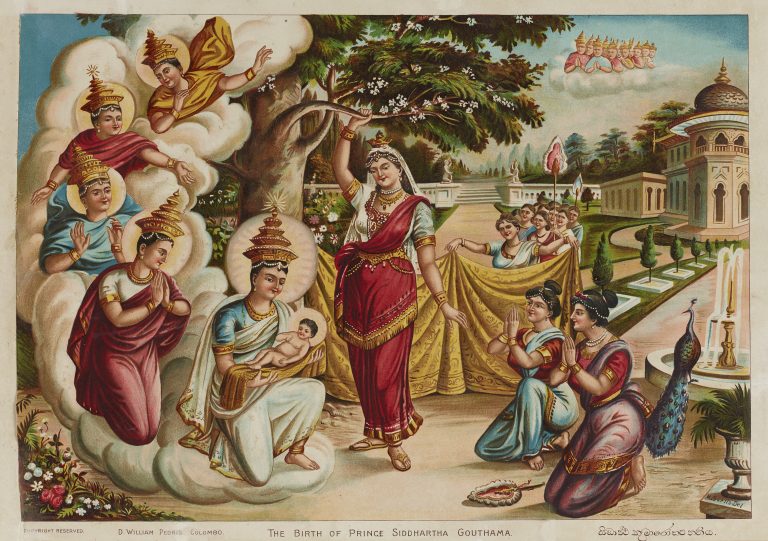 The Birth of Prince Siddhartha Gautama