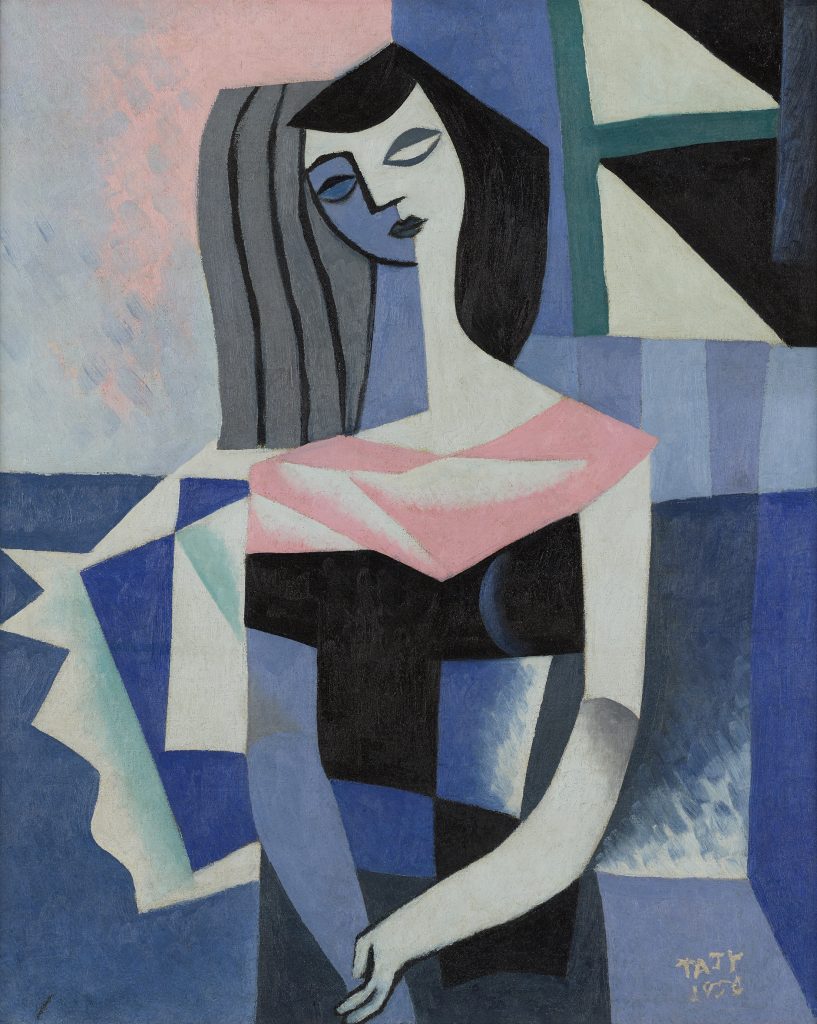 A painter from Hanoi, Ta Ty rapidly introduced cubist and other abstract expressions into Vietnamese modern art, being influenced by the European art found as illustrations in newspapers while enrolled at the Ecole des Beaux-Arts de I'Indocina (c.1941-45). In this piece the figure's scarf and clothing, as well as the background, are geometrically divided. The female figure in a traditional pose with head cocked to one side is striking for its combination of bold dark-haired and grey-haired elements and contrasting eyes. Throughout the space created within the picture there are multiple perspectives where experimentation with cubism can be seen. In the 1950s, socialist realism came to dominate the Vietnamese artist community and around this time military conscription by the Bao Dai government saw Ta Ty move to the south. Later, based in Ho Chi Minh City, the artist had an impressively broad artistic output which included abstract art, caricatures and poetry. (KS) 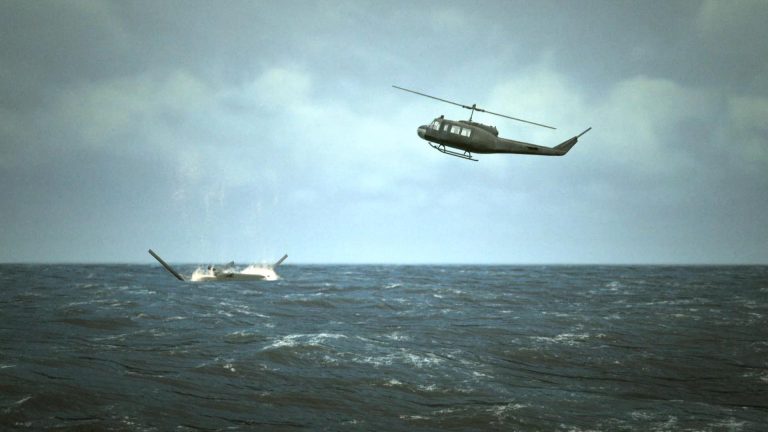 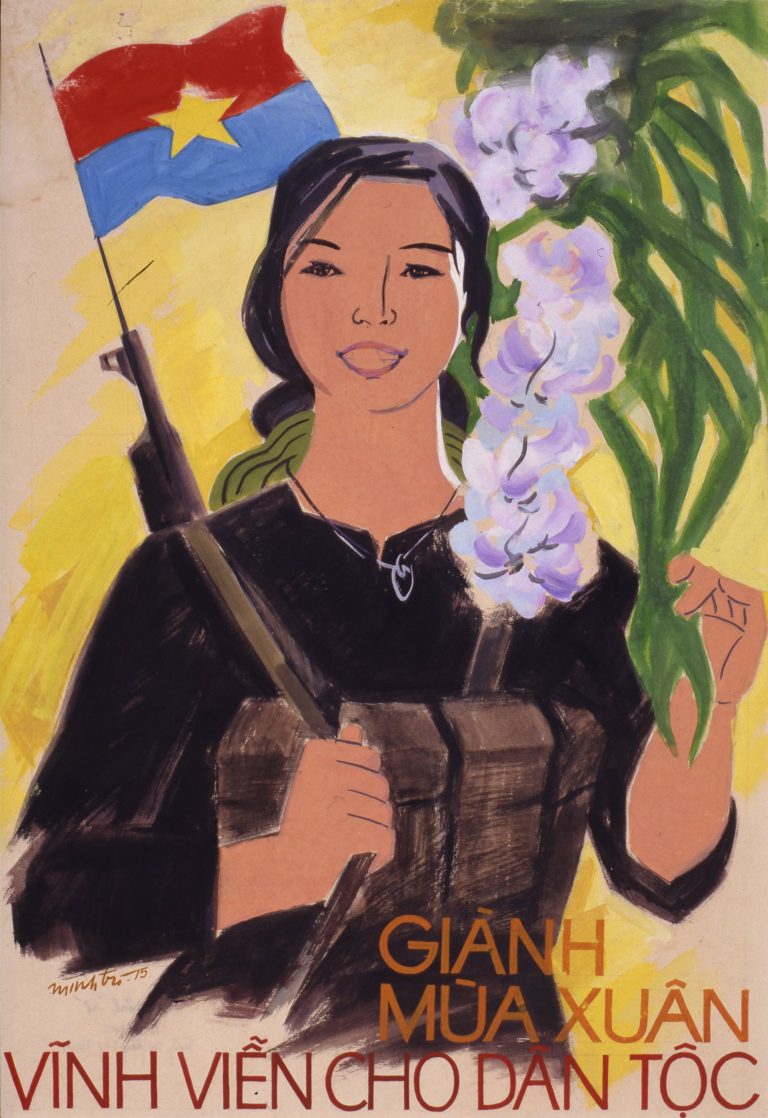 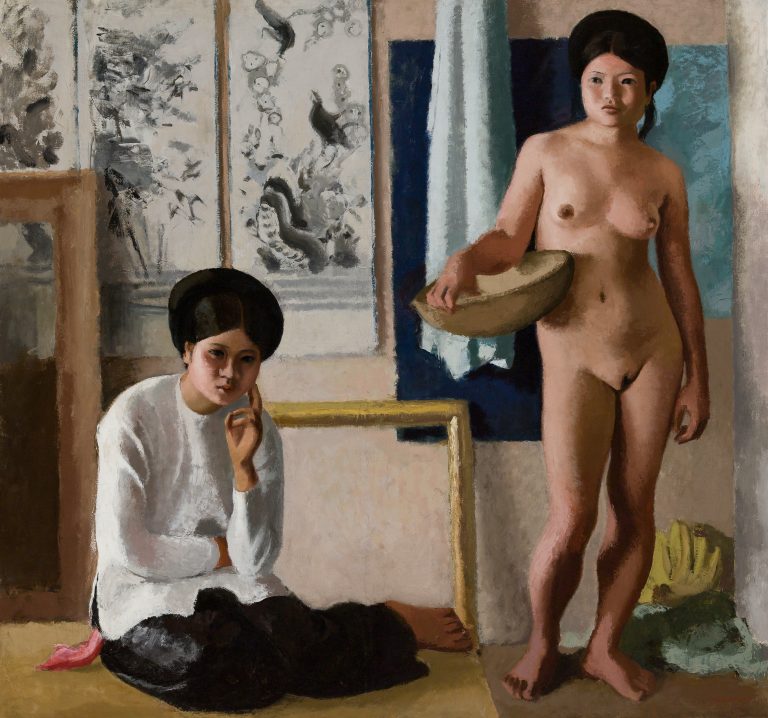 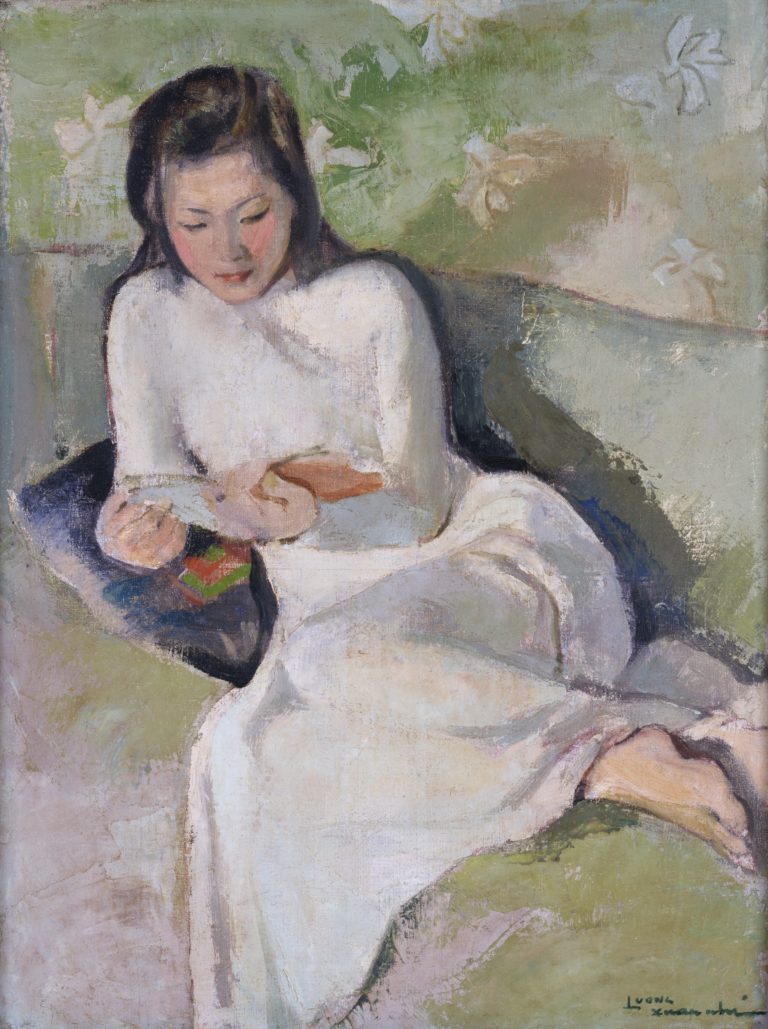